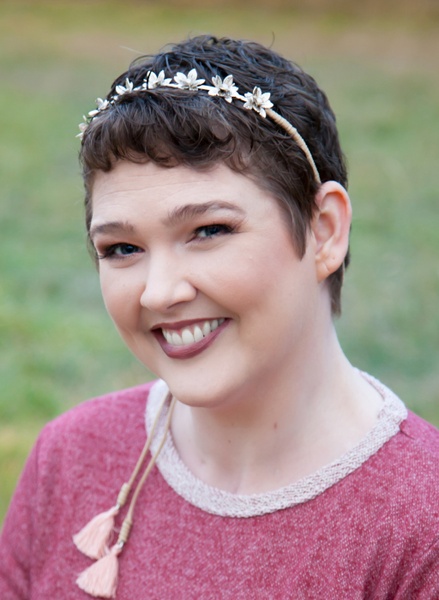 Evelyn Elizabeth Nelson returned home to her Heavenly Father and many loved ones on January 4, 2018 in her home in the presence of loved ones, following a long and courageous battle against breast cancer.

Evelyn was born December 30, 1979 to Marlene Drake and Michael Doster, and was later adopted by her step-father, Charles Hermes.  She grew up in Loveland and Littleton, Colorado where she graduated with honors.   She was well loved by her three brothers and developed many talents including playing the flute, cello, painting, and photography.  She had her own photo studio “Freckles Photography” where she provided beautiful pictures of the families of clients.

Evelyn is well known for her famous smile, which she used to greet her challenges after a prolonged stay in the ICU following her first dose of chemo, and her return home with physical limitations.  She never stopped smiling, fighting, and working to overcome the obstacles presented through chemo and radiation over the course of almost two years, while continuing to care for her family and friends and uplifting them with her positive attitude and spiritual strength.

Evelyn’s greatest joy has always been found in spending time with her three children, Kai, Natalie, and Nicole and her husband, Jeremy, as well as with her brothers, nieces, nephews, aunts, uncles, parents, and in laws.  She loved music and enjoyed producing it and listening to it.  She also taught beginning orchestra at a local elementary school for a period.

Another joy was in serving others, and in fulfilling many and various callings in the Church of Jesus Christ of Latter-day Saints.  Her testimony was unfailing, in spite of the many challenges of breast cancer treatments, and her ultimate knowledge that she would be leaving this earth earlier than expected in spite of all modern medical science could offer. As she faced leaving this earth, she prepared all of those around her for her departure with loving letters, notes, and assurances that due to a near death experience in the ICU she knew where was going and was looking forward to returning again without fear. Her willingness to share her knowledge and faith has strengthened and encouraged all those who knew her.

Evelyn is survived by her husband, Jeremy Nelson, her son Kai Hadley (age 14), and her two daughters, Natalie Jane (age 11) and Nicole Sheree (age 8).   She has three surviving brothers; Aaron Michael Alden and his partner Rachel Rampleman; Anthony Benjamin Shontz and his wife Ashley, and Courtney Kael Alden and his wife Heather.  Other survivors include her mother, Marlene Drake and her husband Robert Drake, her father Charles Hermes, and her in-laws Kathryn and Stuart Nelson.  Other family members include her grandmothers-in-law Nelda Orton and Melba Nelson, and grandmother Joanne Ennis, and father Michael Doster.   She is survived by her brother-in-law Jacob Nelson and his wife Marcee, her sister-in-law Jamie Saunders and her husband Jake, and her sister-in-law Julie Bennion and her husband Tyler, as well as 15 nieces and nephews, and many uncles and aunts.

To order memorial trees or send flowers to the family in memory of Evelyn Nelson, please visit our flower store.