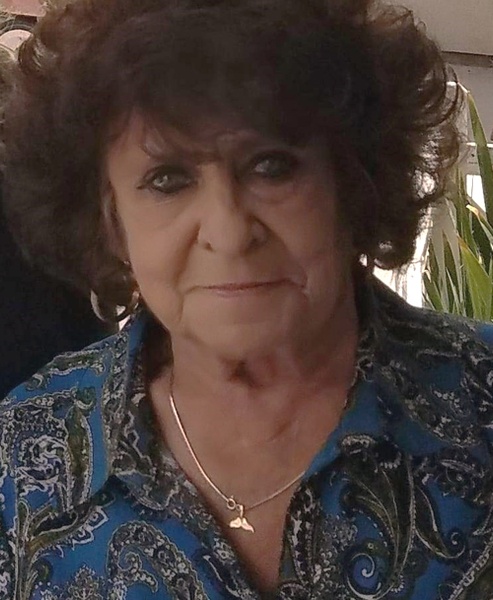 Frances Swierkosz Wilde, “Nana” age 70, passed away on a beautiful fall afternoon of October 27, 2018. Frances was born May 3, 1948, in Payson, Utah to Lillian and Joseph Swierkosz. She grew up in Eureka, Utah and married her sweetheart Vance Rex Wilde on February 21, 1963. Together they spent 55 beautiful years together and raised two children, Brent and Cindy. They enjoyed many vacations going camping, boating and fishing throughout Utah. In 1985, they moved to Nevada where she and Vance made their home for over 33 years. Frances was always very hardworking and was proud of her achievements and awards she earned while working as a security officer at Round Mountain Gold Corporation in Round Mountain, Nevada. She cherished the many long-lasting friendships she made while living in Round Mountain; many of whom she continued to keep in touch with throughout her life. She and Vance spent many years enjoying adventures together traveling in their RV. After retiring from Round Mountain Gold Corporation, they made their home in Fernley, Nevada, while spending their winter months in Needles, California. She and Vance became members of the Fernley Klazzic Kruizers car club where she easily made many more great friendships.

Nana loved spending time with her family and was known for the special bonds she held with her grandsons, Dusty and Jordan. She was especially proud of her three great-grandchildren, Etney, Sylus and Mackenzie Wilde. She was a great inspiration to us all and would always remind us that she loved us “to the Moon and Back.”

Her final wishes are being honored with cremation with no public services. She will be laid to rest alongside her family in Goshen, Utah. A graveside service will be held at the Goshen Utah Cemetery on March 2, 2019 at 12:00 noon. In lieu of flowers, and to honor the love she had for rescue animals, a donation can be made in her name to your local animal shelter.

To order memorial trees or send flowers to the family in memory of Frances Wilde, please visit our flower store.