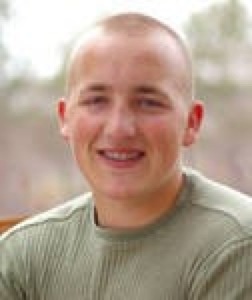 To listen to the recording of the service click here:

Our beloved Garrett Ronald Gee, 19, passed away peacefully in his sleep after experiencing complications from mono on the morning of February 26, 2010 at his home in Santaquin, Utah.

Garrett was born on August 29, 1990 in Payson, Utah to Robert S. and Dana Teegarden Gee. He grew up in Santaquin and graduated from Payson High School in 2008. He had been currently employed at Fast Trax gas station and Papa Kelsey's Pizza and Subs. Garrett was known as a very kind, loving person who was always looking to have fun and be happy. He was always trying to put a smile on everybody's face. Some of his favorite activities included baseball, football, track and field, lifting weights, video games, attending activities at the LDS institute, and being with friends and family.

Garrett was truly loved and will be deeply missed.

To order memorial trees or send flowers to the family in memory of Garrett Gee, please visit our flower store.