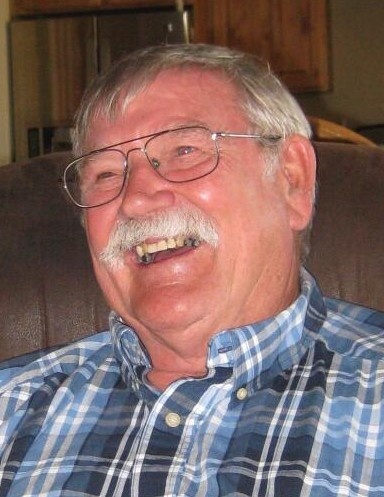 Gene Lane Jones, age 74, formerly of Santaquin suddenly and unexpectedly passed away Saturday, May 2, 2020 in Salem.  He was born at home in Lofgreen, Utah to Essie and Laurence Jones. They later moved to Payson, where he graduated from Payson High School. Gene had a long career at Tooele Army Depot  and CAMDS and worked there until the plant shut down.  Gene married Wanda Plato in Orem, Utah on August 16th, 1972.  They had four children, Claire, Kyle, Jordan, and Gina. Gene also had two other children, Kirk and Jarrod, from a previous marriage.

Gene had a passion for mustaches and people.  He always went out of his way to say hello to friends and strangers whom he considered to be friends that he just hadn’t met yet.  He enjoyed being a tour guide by taking people around and pointing out interesting facts.  He loved the outdoors and loved to experience it with his family and friends.  He could be quite the character teasing grandchildren and kids, but he loved his family fiercely.

He is survived by his wife Wanda, his children Kirk, Jarrod, Claire (Brad), Kyle (Sydney),  Jordan (Jill) and Gina (Jesse); 11 grandchildren and 8 great grandchildren; his brothers Dale and Lynn Jones and his sisters Beverly Paul and LaRaine Holman.

To order memorial trees or send flowers to the family in memory of Gene Jones, please visit our flower store.