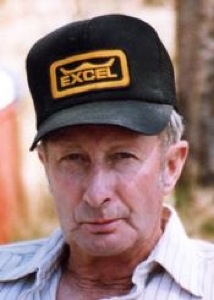 Glen served in the U.S. Army during the Korean war. He worked at Dugway Proving Grounds as a Range Controller, retiring after 37 years. He was a member of the Tintic Elks Lodge, Eureka Seniors, American Legion, Volunteer Fire Department and Juab County Search and Rescue. He enjoyed being outdoors, hunting and fishing, riding in his jeep, and building trailers. He was an avid reader. He especially loved playing with his grandkids and great grandkids.

Services will be held Saturday, Nov. 12th at 11:00 am at the Tintic Elks Lodge in Eureka where the family will greet friends one hour prior to services. Burial, Eureka Cemetery with military rites. The family requests no flowers and casual dress at the service.

To order memorial trees or send flowers to the family in memory of Glen Davis, please visit our flower store.