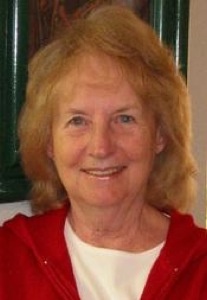 Gloria Jean Cleveland died in Santaquin, Utah on June 19, 2013 of natural causes incident to age. Gloria was born July 1, 1934, in Philadelphia, Pennsylvania, to Edward James Albright and Wilhelmina Carolina Buehn. The youngest of three children, she graduated from Olney High School in Philadelphia. During her high school years, she became a very accomplished roller skater and would later in life demonstrate those skills to her grandchildren during skating activities with them. Her grandchildren and everyone who knew her adored her for her tireless love for life, positive attitude, and contagious sense of humor. She brought smiles and laughs to every individual who was privileged to meet her. She was highly regarded as a woman with great faith and one who worked tirelessly to strengthen her family.

Gloria is preceded in death by her parents and her brother Ray. Her sister, Betty, lives in Pennsylvania. Gloria is survived by her husband, Leonard Avery Cleveland, and her seven sons: Robert, James, Richard, William, David, Eric, and Kelly. She is also survived by seventeen grandchildren and ten great grandchildren.

Gloria was a member of the Church of Jesus Christ of Latter Day Saints and was baptized in Philadelphia with her husband in 1964 after being taught the gospel by Elder Ron Weaver from Arizona, who has been and forever will be a close member of the family. Gloria was a shining example of a loving wife, caring mother, admired and adoring grandmother, and a loyal and committed friend. She will be greatly missed, but her spirit will always be felt.

Funeral services for Gloria will be held Monday, June 24th at 11:00 am at the Santaquin 6th LDS Ward Chapel, 545 North 200 East, Santaquin, Utah. A viewing will be held the night before from 7-9 pm at the church and the following morning from 9:30-10:45 am prior to services. Interment, Santaquin City Cemetery.

To order memorial trees or send flowers to the family in memory of Gloria Cleveland, please visit our flower store.