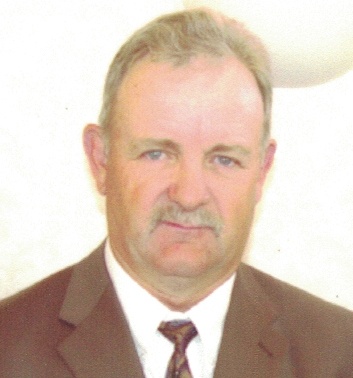 Gordon Lee Davis returned to his Heavenly Father on May 25, 2020 after a courageous battle with the Covid-19 virus. Gordon was born April 22, 1950 to Stirling Edward Davis and June LaRae Hiatt. He attended school in Goshen and graduated from Payson High School in 1968.

At age 19, Gordon enlisted in the U.S. Marine Corp and served during the Vietnam War. Upon returning from the war he married Brenda Burraston on November 14, 1970 in Goshen, UT. They were later sealed in the Provo Temple on February 14, 1974. They were blessed with 2 daughters and a son. During his time as a Marine, Gordon’s love for his country continued to grow as he chose to spend the next 32 years serving our country as a mechanic at the Tooele Army Depot. After retiring from the Depot, he was able to spend his time doing what he loved the most, raising cows and spending as much time as possible with his 11 grandkids.

Gordon is a member of the Church of Jesus Christ of Latter-day Saints and enjoyed serving our Savior in various callings including Bishop, High Council, and as a temple worker in two temples.

He is survived by his wife Brenda; children Tammy (Bryce) Griffiths, Clayton (Leslee) Davis, and Maquel (Mark) Bagley, his grandchildren, and a brother Ed (Connie) Davis. He was preceded in death by his parents and father-in-law Boyd Burraston.

The family would like to thank all the healthcare workers at Utah Valley Regional Medical Center for their love and compassion shown to him and our family during this trying time. We are also grateful for all of the prayers and fasting in his behalf.

Graveside services will be held at the Goshen City Cemetery on Thursday, May 28th at 1:00 p.m. In accordance with the current pandemic guidelines we encourage you to practice social distancing. We understand if you are unable to attend and would appreciate any thoughts or memories that you could share at www.brownfamilymortuary.com

To order memorial trees or send flowers to the family in memory of Gordon Davis, please visit our flower store.