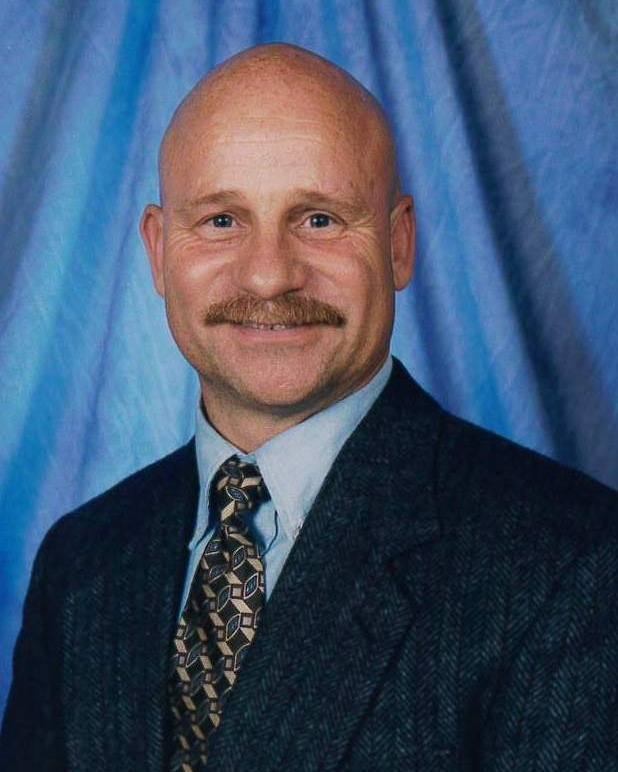 Gordon Harry Grimstead was born on February 3, 1952 in Caliente, Nevada to Andrew Earl Grimstead and June Pearl Smith. His father was a Hard Rock Miner so he lived in many parts of Northern California and Nevada. He graduated high school from Lone Pine High School, California in 1971 where he loved sports, and participated in all he could. He attended Taft College for 1 year. He came to Utah to live with his dad and attended Snow College until he graduated.

During his time at Snow College, he met the love of his life Leigh Summers, who he finally convinced to marry him. They were sealed in the Salt Lake Temple on August 23, 1974. After getting married, they moved to Logan where he completed his bachelor’s degree in Elementary Education. His First sons Ben and Josh were born in Logan.

He taught at Eureka Elementary School and attended BYU for a degree in school administration. After receiving his Master's Degree in administration, he taught classes and was principal at Tintic High School. He enjoyed seeing the growth in people and was excellent at helping them expect more of themselves. He loved Hunting, fishing, and all things outdoors and spent every opportunity teaching his kids. He loved applying his unique talents to help someone else. After retiring from Tintic School district he enjoyed a great 6 months of rest before he decided retirement wasn’t for him.....yet. He started teaching in the Nebo school district with youth in custody. He taught all classes along with his dog Happy, and spent all his time with them helping them to succeed. He loved working with these students and developed eternal relationships with some of his amazing faculty. He spent another 12 years teaching and helping in the Nebo school district.

Mom was amazing at listening to him, and getting him help quickly, to avoid the lasting effects of major heart attacks. She is the love of his life, and spent a great deal of time telling everyone just how great she is. He is a devoted member of the Church of Jesus Christ of Latter-day Saints and has served in countless callings including: Bishopric, Scouting, Young Men, Elders Quorum, Building Maintenance, and High Councilman. He served a mission with his Sweetheart at the Mosida Handcart Trek Site where he developed even more respect and admiration for his Pioneer Heritage. His testimony of Jesus Christ, and integrity were very important to him. He was tough as nails, and had a heart of gold. He never gave up, and constantly taught the same. The world is better for having him.

Gordon fell after working on yet another project on the 19th of August that caused unrepairable trauma to his brain. He passed away on August 21, 2022 in Utah Valley Hospital. We are grateful for the countless Nurses, Doctors, EMT’s, and emergency response officials that have helped him over the years, and we are sorry for those that he teased and proposed to. Juab EMS has responded so many times to help him, and all responded this last time to take him to the hospital one final time.

He is preceded in death by his parents, two brothers, one sister. Joseph, Dennis Grimstead, and Earlene Jorgensen.

To order memorial trees or send flowers to the family in memory of Gordon Harry Grimstead, please visit our flower store.
Send a Sympathy Card