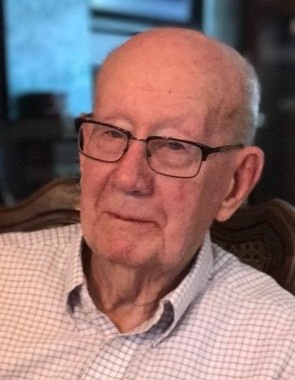 Gordon Keith Schow passed away January 25, 2020 at the age of 90.  He was born to Johan Ulrik Schow and Johanna Victoria Nilson.  His heritage is from Norway and his family lived in the avenues of Salt Lake City.

We all have wonderful memories with “Gordie” in them.  He leaves a great legacy full of amazing people who are a reflection of his life and what he believed.  For him there is no greater reward for his time here.

He became an electrician and worked in that trade for many years until he went to work for the Church of Jesus Christ of Latter-day Saints where he worked as Manager of Mechanical Services.

He was an active member of his church and held many callings and served a mission with his wife in Kirtland, Ohio.  During his retirement he worked for many years doing genealogy.

He was preceded in death by his parents, eleven siblings and a son-in-law David Brown.

To order memorial trees or send flowers to the family in memory of Gordon Schow, please visit our flower store.