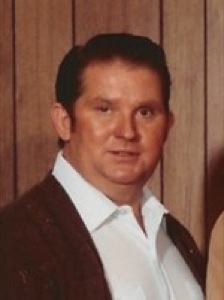 Guy Wall, 72 of Santaquin, left us January 15, 2009 of complications following a sudden stroke. Guy was born to Lionell and Edris Finch Wall December 31, 1936.

He was raised in Santaquin and owned several businesses over the last 40 years. His favorite was the "Save A Dollar Conoco" station on main street. He opened every morning at 3:00 sharp for many years. He also retired from Geneva Steel.

Thru his businesses, he made many, many friends and enjoyed all of them. He had a rare muscle disease for the last several years and thank you everyone who cared for him and helped him (especially his store workers who were always there for him).

I have been married to Guy since 1970. We've been partners in everything since 1967. We have had a wonderful life together and he will be missed so much. Thanks everyone for caring: Rich Lee, Garrett and Cayse; couldn't have done it without you. Thank you dear friends and family, Julie Wall and children.

Funeral services will be held Tuesday, January 20, 2009 at 11 a.m. at the Old Santaquin Stake Center, 90 S 200 E. There will be a viewing held at Holladay-Brown Funeral Home, 66 S 300 E in Santaquin on Monday evening from 6 to 8 p.m. and at the church on Tuesday one hour prior to the services. Interment will be in the Santaquin City Cemetery.

To order memorial trees or send flowers to the family in memory of Guy Wall, please visit our flower store.