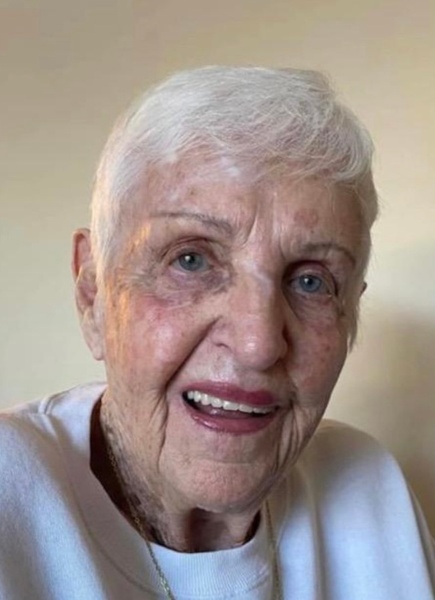 Iona Greenhalgh died peacefully at her home in South Jordan, Utah on 11/10/2021. Iona was born 10/11/1926 to Alvin Greenhalgh and Margret (Min) Vanausdal Greenhalgh. She will join her parents, her sisters Jean Giles and Beverly Dicob, and her brother Howard Greenhalgh that preceded her death.


Iona was simply known as “Lit” to her family and close friends. Lit grew up in Eureka, Utah and attended Tintic High School. A few years prior to moving to Los Angeles CA in her early 20’s, Lit worked at the Eureka telephone office.  The majority of her career was spent at AT&T as a telephone employee for 34 years before retiring in Bullhead City, Arizona in 1983.


Lit moved to Sagewood Assisted living facility in April of 2016 to be near her family. Lit enjoyed a warm climate. She also loved golfing and bowling frequently with her friends. Lit had a strong fondness for chocolate to the point that it was a main staple in her diet.  We often thought that dark chocolate and chocolate ice cream could be the key to a long life.

Another fondness Lit enjoyed was a "cold beer with family and friends." She would always toast “over the lips and past the gums, look out stomach here it comes” with the spunk that was Lit!  Often when the beer came out, so did her harmonica. She loved to play with her sister, family and friends. Lit would entertain them for hours with her music. She was one of a kind! She especially enjoyed accelerated driving and was affectionately called “Old Lead Foot."

She really was the light of the party. Her spunk and fun loving personality will be missed by her family and friends! We will never forget you. We love you. Till we meet again………..Cheers, We hope you are having a cold one right now with a side of chocolate.

To order memorial trees or send flowers to the family in memory of Iona Greenhalgh, please visit our flower store.