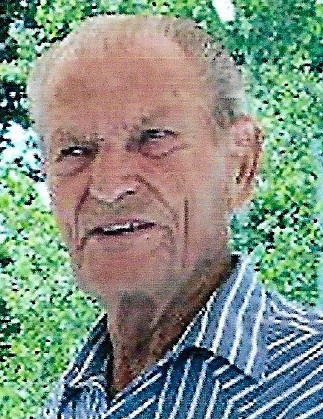 On July 21, 1927, Milton and Trilma Jarvis welcomed their baby boy, Milton Jack Jarvis into this world. As an only child, he made friends quickly and those friends soon became part of his family. Jack passed away June 2, 2022 surrounded by his loving family at the age of 94. The Jarvis family were amongst the first settlers, homesteading Santaquin in 1850 where only four homes existed.  The family learned to work hard as farmers, ranchers, and miners taking care of the land, planting orchards, gardens and most importantly, taking care of each other.

At the age of 12, Jack was responsible for moving the cows from Main Street up to the bench every morning before school, then herding them back down after school. When he was 14 years old, he had saved enough money to buy a horse which made moving the herd easier and quicker. By age 16 he bought a truck to haul coal from Price to sell to his Santaquin neighbors and by the time he was 19 he added 2 more trucks and found his love for business.

Like many of the other boys his age he worked at the North Lily mine. He continued making coal runs to Price and developing an incredible work ethic that would serve him throughout the rest of his life.

He fell in love with Miss Santaquin, Lazawn Wall, his sweetheart and true love. They were married August 15, 1947 and shared their love for 74 years. They made Santaquin home and started their own family, Ron, Marilyn, Larry, and Jeff.  Always seeking more security, he went to work for the State Road, where he learned every road and canyon in Utah. He later accepted a position at United Concrete Pipe (UCP) where he became a foreman and moved his family into a new home in Pleasant Grove. He hauled pipe from Utah to California, and could give you details on how to find the most remote town, or new highway around the west.

While working at UCP, he helped his father build the Polar Queen in Payson. As an entrepreneur and businessman, they were successful in building Milts. They moved to Payson and every family member worked hard at making it successful. It quickly became a celebration destination for families and teenagers serving the new soft serve ice cream, hamburgers, fish and chips, the original fry sauce, fish sauce, flying saucers, and the best homemade french fries in the state. A trip to Milts was “the place to go" for families, friends, food and fun!

After raising their family, Jack bought his Kenworth truck and, as always he was independently successful. He went back to driving and delivering loads all over the mountain west, meeting and making friends along the way.

His love for Santaquin, farming, ranching, horses and cows was in his blood. He never gave up on anything and continued to keep his cows until he was 93 years old. Together with Lazawn they built their house on the bench while planting hay, working the apple orchard, gardening, caring for horses, cows, and their family. The ranch was the gathering place for their children, grandkids and great-grandkids.

To order memorial trees or send flowers to the family in memory of Jack Jarvis, please visit our flower store.