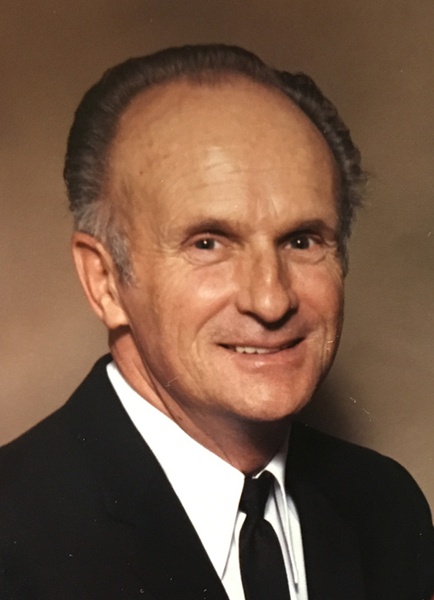 
James (Jim) Alfred Tuckett took off on his next adventure September 23, 2017.  Jim was born September 22, 1937 to Fredrick Ellis and Betty Tuckett.  He graduated from Payson High School.  After high school, he volunteered for the Army and was stationed in Knoxville, Tennessee.  When he returned home he received his Associated Degree in Auto Mechanics from Utah Vocational School. He married his sweetheart and the love of his life, Joyce Sanderson, on March 31, 1961.  He worked for Petty Ford as a mechanic.  He also worked at Thiokol and later moved back to Santaquin where he had his own Conoco Service Station on main street.  Jim was a big part of the Santaquin Volunteer Fire Department and spent 10 years as Fire Chief.  Jim also retired form Geneva Steel where he worked in the open hearth and QBop ovens.

Jim loved hunting, fishing, four-wheeling in the Jeep, gardening and sharing tons of produce with friends and neighbors, and traveling in the motorhome.  He was the little brother of Shirley Ann Tew and Norman Ellis Tuckett.  He was the father of Steven Alfred Tuckett (deceased), Natalie (Brett) Scovill, and Darren James Tuckett.  He was the grandest Grandpa to Elise (Alex) Quartuccio, Amy (Ryan) Aschliman, Zane Scovill, Jason Scovill (Holly Richardson), and Stacy Tuckett.  And he was the most loved Greatest Great-Grandpa with a treat at all times for Lillien, Kinsley, Paitynn, Dillyn, Evelynn, Rozlynn, and Allana.

We want to thank the Huntsman Cancer Institute for all their care and especially Dr. Lowrance and a very special thanks to his nurse Camile for all her help.

To order memorial trees or send flowers to the family in memory of James (Jim) Tuckett, please visit our flower store.