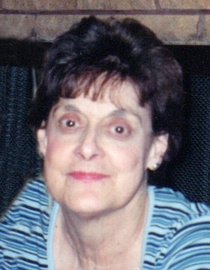 Listen to a recording of the service:
Janet Jasperson, 78, of Goshen, returned to her loving Heavenly Father and was reunited with her parents on September 25, 2014.  She was the daughter of Orval and Grace Jasperson born December 12, 1935.

Janet graduated from Payson High School in 1954. She later graduated from Brigham Young University’s nursing program.  She worked as a nurse at LDS Hospital, Cottonwood Hospital, and Shriners Hospital.  She lived in Salt Lake City until she retired, moving to Goshen, Utah to be close to family.

Janet was an active member of the LDS church. She received her endowments in the Jordan River Utah Temple on May 11, 1991.  Janet served in many callings in the church, and attended the temple often.
Janet enjoyed traveling. She traveled to many places and especially enjoyed Hawaii, Caribbean cruises, Australia, and New Zealand.

She loved spending time with her family. She also enjoyed visiting with her many friends.

Janet is survived by her brother Bill (Donna) Jasperson, and sister SueAnn (Ray) Okelberry both of Goshen and 6 nieces and 6 nephews and many great and great-great nieces and nephews.

Funeral services will be Tuesday, Sept. 30th at 1:00 pm at the Goshen LDS Church, 75 So. Center.  Friends may call at the Brown Family Mortuary, 66 So. 300 East, Santaquin Monday 6 to 8 pm and Tuesday at the church from 11:45 to 12:45 pm prior to services.  Interment, Goshen Cemetery.
To order memorial trees or send flowers to the family in memory of Janet Jasperson, please visit our flower store.