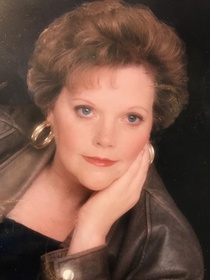 The world lost an amazing and special lady in the early hours of Wednesday, January 25, 2017. Janet Lee Peterson Kelsey has moved on to her next adventure.

Janet was born June 9, 1956 as the second child of Jay O. and Norma Lee Peterson. She was always full of spunk and had much love for her family and friends.  Janet had one sister Marianne Hohrein who she loved and adored more than words can express.  Marianne was her best friend and her rock in life. She was also blessed to have two great brothers. Martin Peterson, who left us not long ago, was the big brother that looked out for her always. Janet always looked forward to her conversations with Martin. John Peterson is her baby brother who she loved very much and tried to look out for. She always wanted to make sure John was taken care of and happy in life.

Janet grew up in Santaquin, Utah and graduated from Payson High School. Not long after high school she moved to the Provo/Orem area in search of new adventures in life. She spent the rest of her days in this area and loved it. She was stay at home mother for a long time and then worked at Code-Co Law Publishers, Wasatch Mental Health, Courtyard at Jamestown Assisted Living  and finally with the State of Utah, Department of Recovery Services.  She was politically active and would welcome a heated discussion of the political topic of the day.  She was also an avid sports fan, following her favorite teams the U of U and the Utah Jazz.

When Janet was in her 20’s she had her precious baby girl Melissa and gained a lifelong friend.  Janet found being a mother to be one of her greatest joys in life, that is, until that day she became a grandma to her beautiful little Hailee Bug.  Janet was blessed to be able to live with her daughter and granddaughter for several months and this was one of the best times of her life.  There is nothing she enjoyed more than being with her daughter and playing and spending time with her granddaughter.

Janet will be greatly missed by so many. She was such a fun, energetic and exciting lady, full of so much love. She loved to visit and always had a story to share about someone or something. She could make a friend anywhere.

We would like to thank the caregivers who offered such tender loving care to Janet during her extended illness. She had many wonderful caregivers over the years, but most recently, Provo Assisted Living, Health Watch Home Health and Comfort Worx Hospice.  She loved all of those who came to see her and certainly kept them on their toes.

To order memorial trees or send flowers to the family in memory of Janet Kelsey, please visit our flower store.