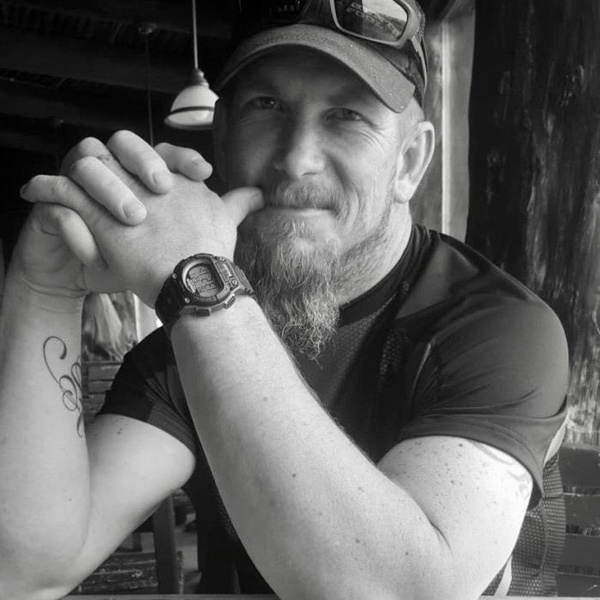 Jason Michael Holman died October 26, 2018 in a tragic mining accident in Elko, Nevada. Jason was born January 14, 1976 in Mtn. Home AFB, Idaho to Danny and Barbara Palmer Holman. When Jason was a baby they divorced and he and his mom moved back to Goshen, Utah. Jason has lived in Goshen his entire life. When Jason was 2 years old his mom married Clair Carter and he became Jason’s dad.

Jason loved all sports and was a fierce competitor in baseball, basketball, softball and high school football. He couldn’t be beat in horseshoes. As a youth, Jason competed in trapshooting and also later in life.  He won many competitions and trophies. In 2017 he won High Singles Champion at the Western Grand with a 198 out of 200 and was on the cover of Trap and Field magazine. He was very proud of his shooting skills. Jason was an avid fisherman and hunter. He loved camping trips with his family and friends.

Jason has worked many places including Rayloc, Applied Minerals, and was working for Small Mining Development in Elko, Nevada at the time of his death. Jason was a hard and meticulous worker. He was a welder and a jack of all trades. He was proud of his work and would easily put his name on his work at the end of the day.

Jason married Shanna Stone in 1994 and together they had McKade Jason and Tyson McKay. They later divorced. He married Sharee Draper in 2008. Sharee brought with her 4 children; Abby, Cyera, Garrison, and Paige. This added to the size of Jason’s heart and his home. On September 12, 2011 they were blessed with his beautiful little “princess” Jaycee Mae Holman (7). Jason and Sheree recently divorced but remained good friends.

Jason was a very dedicated and supportive dad. He was McKade and Tyson’s biggest fan. He watched them compete in football, baseball, and basketball and rarely missed a game. He was very proud of them. He taught them all his skills in fishing and hunting. He loved watching Jaycee play t-ball. He took Jaycee shopping, to movies and to many trap shoots. If you saw Jason, you saw Jaycee. Jason called her princess and was so kind and patient with her. Often big tough Jason would dance with her in front of the TV often on his knees.

Jason was preceded in death by his grandparents and many aunts and uncles.

He is survived by his children McKade, Tyson, and Jaycee Mae; stepchildren Abby and son Boedy Smith, Cyera, Garrison, and Paige Draper; parents Clair and Barbara Carter and Danny and Bess Holman; brothers Shawn (Mellisa) Carter and Chance (Riley) Carter; nephews Bradyn and Easton and niece Aria, and many aunts, uncles and cousins.

Jason’s family would like to express a sincere thank you to all of Jason’s friends, coworkers, trapshooters, and miners who loved and supported Jason throughout his life and are feeling the same great loss and sadness that we as a family are feeling.

He is dearly loved and will be missed by many.

Family and friends are invited to gather at the Brown Family Mortuary, 66 South 300 East, Santaquin on Friday, November 9th from 6:00 to 8:00 pm. Graveside services will be held Saturday, November 10th at 11:00 am at the Goshen City Cemetery.

To order memorial trees or send flowers to the family in memory of Jason Holman, please visit our flower store.