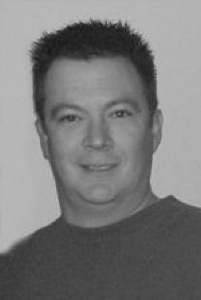 Jason Hall Ivory, 34, passed away into a better place on Wednesday, July 18th 2007. He was born in San Jose, California April 3, 1973 to Howard Keith & Patricia Jo Hall Ivory. The family moved "home" to Utah shortly after that and has remained since. Jason attended Pine View High School in St George where he made many friends. He married Beth White with whom he has three children. They were later divorced. He later moved to Salt Lake City and married Lori Harrington, which added four step children and two dogs to his brood. He was most recently employed with VK Electric which he enjoyed very much. Jason was loved by all he met. His sister refers (lovingly) to him as a social butterfly. He will be greatly missed. He is survived by his wife, Lori, his children, Alex, Ashley, & Austin; step children, Jami, Jordan, Jackie, & Brandon; his parents, Keith & Patricia; his brother Brad (Christy); his sister Michelle; his grandmother, Jean Hall; and many aunts, uncles, cousins, nieces and nephews. And of course his beloved dogs, Max & Kohl. Services will be held Saturday, July 21st at 11:00 a.m. at the Butler 12th Ward, 7000 South 2700 East, Cottonwood Heights where friends and family may gather from 9:30 to 10:45 a.m. prior to services. Graveside services will be at Tonaquint Cemetery in St George on Monday, July 23rd at 10:00 a.m. under the direction of Holladay-Brown Funeral Home, Santaquin, Utah (801-754-3692). Condolences may be sent to the family at: holladaybrown.com

To order memorial trees or send flowers to the family in memory of Jason Ivory, please visit our flower store.