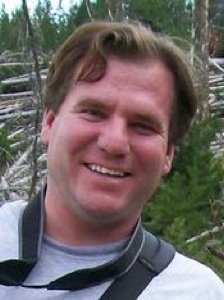 Jeffery Daniel Mecham Throckmorton, a beloved son of God, was born to Lavina Throckmorton and the late Ralph James Mecham on June 22, 1973. He returned to the arms of his Heavenly Father August 25, 2011 after suffering a massive heart attack.

Jeff served an honorable LDS mission in Minnesota. He married Rachelle Griggs in 2002. Although later divorced they are forever joined in love by their son Daniel. He loved being a dad and his son was the pride and joy of his life. Jeff is Daniel's hero. Jeff is part of a large loving family whom he loved dearly.

He will be missed by his siblings: Dean Mecham, Julie (Billy) Styles, Wendy (David) Harmon, Sandra (Chuck) Watts, Christine (Tony) Muniz, Tamara Skinner, Jonathan (Jennifer) Mecham, Bonnie (Rocky) Kirkham, Brandon (Andrea) Mecham, extended family and friends. His girlfriend Ling and her son Bowan will cherish their memories of him. Jeff, we love you to infinity and beyond!

In lieu of flowers an account has been set up in Jeff's name at Zions Bank to assist with funeral expenses.

To order memorial trees or send flowers to the family in memory of Jeffery Throckmorton, please visit our flower store.