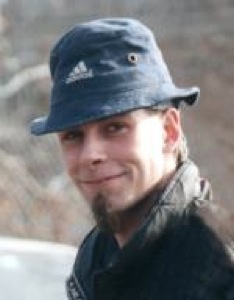 Jeremy Jon Goodman, age 31 of Eureka, passed away August 14, 2010 from injuries sustained in a motorcycle accident. He was born April 23, 1979 in Provo to Jon Wayne Goodman and DeAnn Venna Utley. He married Cherry Michelle Winkleman and they later divorced.

Jeremy was every father's dream of a son. He was a dear friend, a loving father, a devoted son and a partner working side by side with his dad.

He is survived by his children, Jon Michael Goodman and Kaylee Jade Goodman; his parents, Jon and DeAnn Goodman; a sister, Chylsie Joleen Goodman and a niece, Jaimee Marie Lopez; and his grandparents, Jerildine Cora Goodman and Venna and LaMont Utley.

Family and friends are invited to celebrate Jon's life at a service to be held Friday, August 20th at 10:00 am at the Eureka City Cemetery.

To order memorial trees or send flowers to the family in memory of Jeremy Goodman, please visit our flower store.