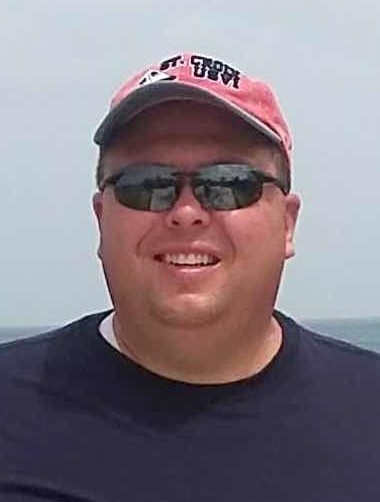 Jesse Dale Whitney passed away peacefully at home with his wife and children by his side the evening of July 28th, 2021, after a courageous battle with Glioblastoma (brain cancer). Born June 19th, 1973, in Salt Lake City, Utah, Jesse was the oldest son of Dale Ernest Whitney and Carla Corbridge Whitney. After a childhood spent traversing the globe, he graduated from the University of Utah, forever residing in the state he loved. He was passionate about his Utes and proud to wear Utah red. He married the love of his life, Tiffany Shuman, in August of 2003 and with their two children lived a life of adventure and tranquility in his beloved Santaquin UT.

Jesse worked for US Title for over 18 years. Always dedicated and an extremely hard worker, he was the Title Plant Operations Manager and passionate about his company and employees.

Jesse enjoyed living life to the fullest. He was passionate about being in nature with his family, whether on vacation to a tropical paradise or camping, ATVing, or kayaking. He cherished time with his family and was most content seeing his children find joy in all their activities. He loved the temple and being with his sweetheart in the house of the Lord.

We request that, in lieu of flowers, please consider a donation in Jesse’s honor to the Huntsman Cancer Foundation, Neuro designation https://give.huntsmancancer.org/page/23908/donate/1?locale=en-US .

To order memorial trees or send flowers to the family in memory of Jesse Whitney, please visit our flower store.