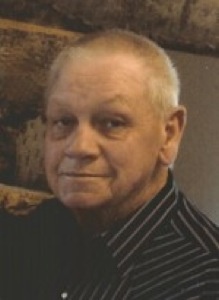 Jimmy was born April 23, 1943 in Mammoth, Utah to Kenneth and Virginia Underwood. He grew up in Eureka and attended Eureka Elementary and Tintic High School. As a teenager he worked in Kanosh. As he grew older he worked in the Mammoth Mine along with many other mines. He then worked in surface drilling with various companies. He completed his career with UDOT in Eureka retiring in 2005. He was a member of the Mammoth Fire Department and a lifetime member of the Utah State Fireman's Association.

He married the love of his life and best friend, Virginia Jameson, on March 30, 1963. Together they welcomed a daughter, Jami, and a son, Johnny. Jimmy enjoyed spending time at the Underwood cabin in Strawberry hunting, fishing and camping with family and friends. Later, the highlights of his life were his five grandchildren; Tyson, Bryson, Shala, Morgan and Dylan.

While you have been with us you have made a big impression in each one of our hearts that will never fade away. We love you and you will surely be missed!

Family and friends are invited to gather at the Holladay-Brown Funeral Home, 66 South 300 East, Santaquin, on Thursday, March 12th from 6 to 8 pm. Graveside services will be held Friday at 11:00 am at the Eureka City Cemetery.

To order memorial trees or send flowers to the family in memory of Jimmy Underwood, please visit our flower store.