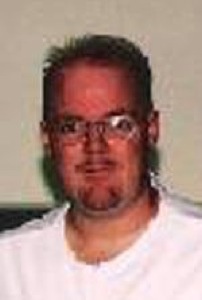 Energetic husband, father, brother, and friend slipped unexpectedly into the outstretched arms of his loving Heavenly Father on April 23, 2008. John was born May 20, 1971 in Payson, Utah to Jayne Brereton Jacobson and John Austin Brereton. John married his eternal companion Sara Corry on June 20, 1992 in Manti, Utah Temple for time and all eternity. John and Sara have four children, Hayden, Corry, Madison, and Sydnee. John loved his family and was extremely devoted to his children. He would put his busy life on hold for his wife and children. John loved the outdoors always placing himself in the mountains on his dirt bike or skateboarding with his boys. John was able to make friends with everyone and anyone he came in contact. All who knew him could not help but like him because of his ability to make them smile and laugh. John had the most positive attitude and he never allowed the challenges and trials of life to stop him. John loved playing softball with his brothers and friends each year in Payson. John was a faithful member of The Church of Jesus Christ of Latter Day Saints. He loved his Heavenly Father and knew of the great plan of salvation. John is proceeded in death by his father John Austin Brereton, Grandparents Clifton and Elaine Brereton; Thomas and Avanelle McKeand. John is survived by his eternal and loving wife Sara, his children Hayden John, Corry David, Madison Karla, and Sydnee Lynn. His mother Jayne Jacobson, step-mother Ilene Jones Brereton, sister Dena (Ron) Raven, Spanish Fork, step sisters Lisa Mecham, Spanish Fork, Jeena Ortiz, Payson, Lyla Jackson, Fillmore. His parents-in-law James and Karla Corry, Santaquin,Brother and sister-in-laws, Roger (liz) Corry, Clinton, Karlene(James) Stanley, Santaquin, Julie (John) Beebe, Mesa, Az., Brent (Karen) Corry, Santaquin, Jay (Amanda) Corry, Santaquin, Matthew (Amy) Corry, Fountain Green, Mary (Josh) Underhill, Lehi, Krystal (Casey) Webb, Spanish Fork. Funeral Services will be held at 11:00 a.m. Sat. April 26, 2008 at the old Stake Center, 90 South 200 East in Santaquin, Utah. Friends and family may call Friday evening at the Holladay-Brown Funeral Home 66 South 300 East Santaquin, Utah, from 6:00 p.m. to 8:00 p.m. or Saturday morning 9:45 a.m. to 10:45 a.m. at the church. The family would like to express their gratitude to the members of the Santaquin 5th ward in the help they administered to Sara and the children. In lieu of flowers, a trust has been set up for the Brereton children at Zions Bank.

To order memorial trees or send flowers to the family in memory of John Brereton, please visit our flower store.