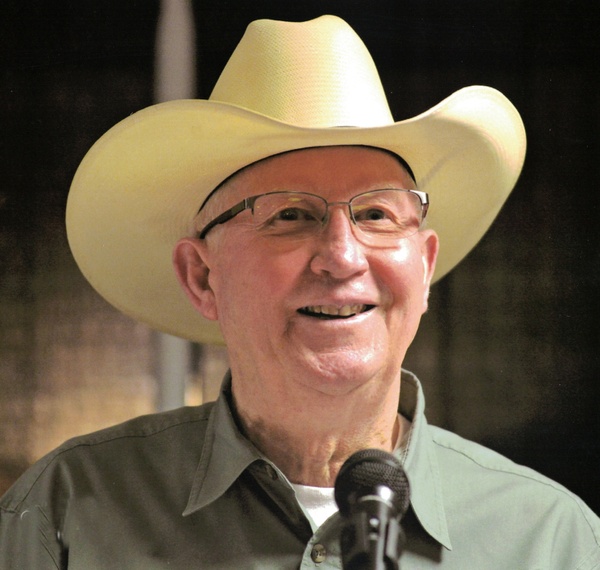 John started roping as a youngster. He was at a little “church” roping when a friend of his dad’s suggested he send John over to his place to practice. That friend was Buck Nichols. Buck had two sons about the same age, Donnie and Nick, good ropers all. This was “roping country” and John quickly became known as an excellent roper.

In 1959, John served a two year mission in Texas for the Church of Jesus Christ of Latter-day Saints. When he returned in January of 1961, he enrolled at Brigham Young University and qualified for the college finals in Sacramento where he finished second in tie-down roping and ribbon roping. Stan Harter, another college champion roper, years later jokingly said he must have been practicing roping on that mission in Texas, but John had not touched a rope or been on a horse for two years.

John came back to Arizona and attended Arizona State University where he again qualified for the college finals in Littleton, Colorado, but did not place. The next year he qualified for the finals, again held in Littleton, but his good horse was on maternity leave so he did not go to the finals. At that time, standings were based on cumulative points for the year, so he placed third in ribbon roping.

Back at BYU and back on the rodeo team, John went to the college finals in Douglas, Wyoming. It was there that John won the 1964 Tie-Down Roping Championship, placed in the Ribbon Roping, and was runner-up to Pink Peterson for the All-Around title.

John received a Bachelors degree in Animal Science from BYU in 1965 and had a successful career in sales in the animal health field. He retired as an agent from State Farm Insurance.

John met his wife, Margaret, while they were students at BYU and they made their home in Plattsmouth, Nebraska before recently moving to Santaquin, Utah.

Funeral services will be held Saturday, January 23, 2021 at 11:00 am at the Santaquin Downtown LDS Church, 90 South 200 East, where family will greet friends from 9:30 to 10:30 am prior to the services. Interment will follow will be in the Santaquin City Cemetery. Those attending are asked to please follow all mask and social distancing guidelines. The service will be live streamed for those not able to attend. Follow the link to view the services.

In lieu of flowers donations are encouraged to the Humanitarian Aid Fund of the Church of Jesus Christ of Latter-day Saints.

To order memorial trees or send flowers to the family in memory of John Fincher, Jr., please visit our flower store.