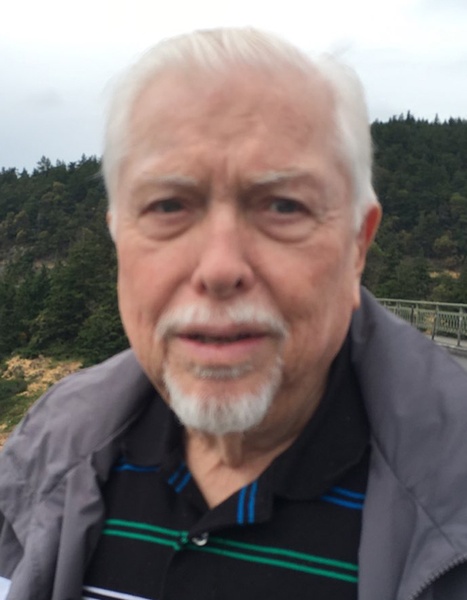 John Edward Heiss passed away peacefully on February 9, 2018 after a long illness.  John was to have turned 89 years of age on February 28.  He is survived by 5 children: Lori Anderson of Everett, Washington; Julie Lugo of Murray, Utah; Mark Heiss (Heather) of Kona, Hawaii; David Heiss of Lake Stevens, Washington; and Steven Heiss of Los Angeles, California;  4 step-children that he loved as his own: Joe Uharriet (Shauna) of Provo, Utah; Melodee Herrick (Bob) of Santaquin, Utah; Tom Uharriet of Orem, Utah; and Cheri Hulbert (Lance) of Brier, Washington; 39 grandchildren and 43 great-grandchildren (with 3 more on the way).  He was preceded in death by his beloved wife, Charlene Richardson Heiss.  Services will be held on Saturday, February 17 at the Church of Jesus Christ of Latter-Day Saints, 250 South 580 East, Santaquin, Utah at 12 noon.  A viewing will precede the service at 11 a.m.

John served a mission for the Church of Jesus Christ of Latter-Day Saints in Germany from 1950-1952, which began a life-long love of Germany, its people, its culture and the German language.  He served in the U.S. Army from 1954-1956, spending most of his enlistment in Germany, where he served as a translator and host for officers and visiting officials.  He maintained his fluency in German his entire life, which served him well professionally.  He spent many years serving as a guide and instructor for youth travelling to Europe to study with the Foreign Study League.  He was an expert in Classical Music and European History, Art and Culture and shared his knowledge freely with anyone who wished to learn.

John was an accomplished artist, musician, and composer.  He graduated from the University of California at Berkeley with a B.A. in Music.  He also studied at the University of Utah.  He studied art privately both in the U.S. and abroad and became an expert in the artistic design, construction and restoration of stained-glass windows.  For several years, he made his living as a stained-glass artist designing and building custom works of art in his studio in Southern California.  In 2002-2003, he accepted and fulfilled a call from the LDS Church to restore 12 original stained-glass windows from the first LDS chapel in the pioneer era San Bernardino California Mormon Colony so that they could be displayed at the open house for the dedication of the Redlands California Temple, where he later served as an Ordinance Worker.

John loved his dear Charlene, his family, art, music, travel and especially the Gospel of Jesus Christ.  His love, faith, wisdom and many talents will be missed greatly.

To order memorial trees or send flowers to the family in memory of John Heiss, please visit our flower store.