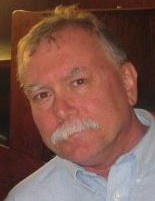 
John Scott Midgley, age 61, passed away at his home in Eureka, Utah on Thursday, May 30, 2019 after an 18-month courageous battle with kidney cancer. John was born March 22, 1958 to Jack Emmitt and Marie Heward Midgley in Salt Lake City, Utah. John grew up just south of Liberty Park. He graduated from South High School in 1976 and received certifcates of completion in machine shop and design &
drafting technology from Utah Technical College (now Salt Lake Community College).

He spent his career as a mechanical designer for several engineering firms in the Salt Lake Valley and San Francisco Bay Area. John loved and enjoyed his family, especially his grandchildren. He also had a great love for trains and was a model builder of both train cars and buildings, winning awards for his artistry. He was a regular contributor to the Narrow Gauge and Shortline Gazette international magazine.

Our family wishes to acknowledge and thank Dr. Benjamin Maughn and his team at the Huntsman Cancer Institute, and his hospice nurse, Margaret Talker, for their kind and excellent care of John.

To order memorial trees or send flowers to the family in memory of John Midgley, please visit our flower store.