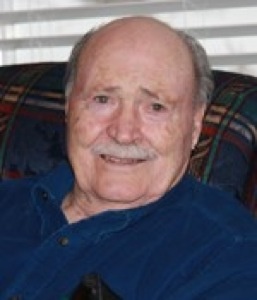 Our beloved husband, father, grandfather and brother, Joseph Anthony Bernini, passed away peacefully May 6, 2009. He was born January 15, 1921 in Craco, Italy to Massimiliano and Isabelle Bernini. Joe married Grace Green on April 12, 1943 in Eureka, Utah. Joseph was a lifelong public servant having spent 39 years as a police officer. He also served multiple terms as Commissioner for Juab County as well as a volunteer fireman and Emergency Medical Technician for Eureka City. In addition to receiving many public service awards, Joe was honored by the American Association of Retired Persons as the Utah State Volunteer of the Year for 2007. He also proudly served in both the U.S. Navy and Army during World War II and the Korean Conflict. Joe was an active member in his Church and also a past Exalted Ruler in the fraternal organization the Benevolent Protective Order of Elks. Joe is survived by his wife of 66 wonderful years; sons, David (Linda) and James (Christine); grandchild, Gregory; siblings, Theodora, John, Jim, Nick and Dominick. Joe was preceded in death by his parents, Massimiliano and Isabelle; sister, Santa, brothers, Phillip and Anthony. A viewing will be held at the Holladay Brown Funeral Home, 66 South 300 East in Santaquin on Monday, May 11th from 6:00 to 8:00 pm. Funeral Mass will be held at 1:00 pm on Tuesday, May 12th at San Andres Catholic Church, 315 East 100 North in Payson, Utah. Interment will be at Payson City Cemetery, 800 East 400 North.

To order memorial trees or send flowers to the family in memory of Joseph Bernini, please visit our flower store.