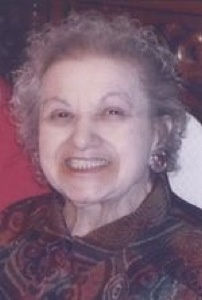 Josephine Stella Scaranuzzo Jarvis (Josie), age 84, passed away on Tuesday, January 2, 2008 at St. Vincent's Hospital in Portland, Oregon. Josephine was a very beautiful, kind, loving mother and friend to all who came in contact with her. Though she was packaged in a small frame she was giant in our eyes. She was a very advent reader. At times she would go through 2-3 books in a week and Josie loved her family. Josie was well known for her cooking. There was nothing she didn't know how to cook. Josie was also known as a great dancer. If there wasn't a dance floor she would dance anywhere, such as in the kitchen or living room. You may remember her with her husband, Earl LaMar, owning a house in Santaquin known as The Hollow. Their property along with an adjoining house shared a fairy tailed theme, adorned with painted cement yard ornaments featuring many of children's fairy tales. School children in Santaquin and nearby towns would come to visit. She would spend hours keeping the landscape up and planting flowers, which she enjoyed. Josie was born on March 8, 1923 in New Haven, Connecticut to Dominic and Genieve Scaranuzzo. She married Earl L. Jarvis August 3, 1949 in Omaha, Nebraska. Throughout their time together they and their family lived in New London Connecticut, Tacoma, Washington and Santaquin. After Earl's death in 1997, Josie moved to Beaverton, Oregon where she lived with her daughter, Linda and her son-in-law Michael Mathis. Survived by her daughter Linda (Mike) Mathis, Beaverton, OR and a son Earl L. (Korina) Jarvis, Jr. from Sunnyside, WA. Five grandchildren; Jennie, Tiffanie, Michael, Nicolas, Dominic, and one great grandchild; Douglas. She is also survived by sisters; Julia Amodio, Annette Migliaro and Gloria Ratinera all in Connecticut, followed by several sister-in-laws and brother-in-laws within the Utah Valley. Funeral services will be at 11:00 am on Tuesday, January 8, 2008 at the Holladay-Brown Funeral Home, 66 South 300 East, Santaquin. Interment will follow in the Santaquin City Cemetery. Thank you mom for the wonderful times we had to share. We are so grateful for the love you shared with us and you will be in our hearts always. We will miss you dearly until we meet again.

To order memorial trees or send flowers to the family in memory of Josephine Jarvis, please visit our flower store.