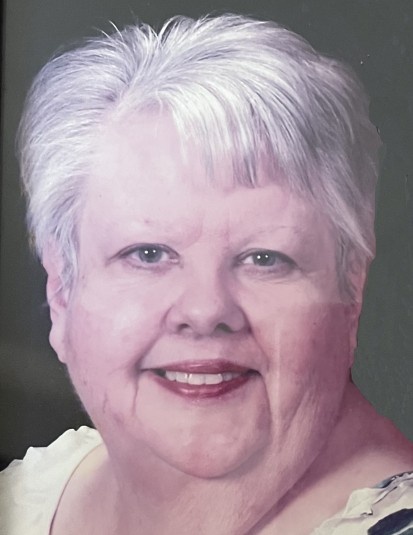 Joyce was raised in Macon, Missouri by her loving parents. Joyce’s brother David Allen Dawson shared his memories of Joyce being a loving and kind older sister that was there for him in his youth. David recalled Joyce taking care of him when he was little.

Joyce Graduated from Macon High School in 1963 and then moved to Washington D.C. to work as a secretary for the FBI. Joyce discussed working in the White House when President Kennedy was shot in 1963. She later moved to California to be a housekeeper in the Beverly Hills area.

Joyce moved to Utah in 1973 where she met Pam Healy and Pat Likes at a singles branch of the Church of Jesus Christ of Latter-Day Saints. They became roommates in the Salt Lake City area. In 1973 Joyce met David Clark Monson. They were married on February 22, 1974. In 1975 Joyce and David were blessed with a daughter Rebecca Charlene Monson. In 1978 Joyce and David divorced. After the divorce, Joyce went to work as a secretary for Social Services.

Joyce met Joseph Noel Rogers II, they fell in love and were married on November 20, 1981. In 1983 Joyce and Joseph were blessed with a son Joseph Noel Rogers III. Joyce continued working for Social Services until the late 80’s when she tried her hand at operating her own business. After a couple of years in the yarn business, Joyce decided this was not for her.  Joyce chose to close the store and return home to spend time with Rebecca and Joseph.

Joyce resided in West Valley City on Perigraine way from 1991 until she sold the house in 2018. Joyce resided there with her husband Joseph, her son Joseph and his family until May 2018 when Joseph II had a stroke and was moved to a care center. After selling the house Joyce moved in with Joseph and his wife Jennica and their daughter Kaley, in Herriman. In late 2019 Joseph and Jennica bought a new home in Santaquin, Utah and Joyce moved with them.

For the last two years, Joyce has resided in the loving care of Joseph, Jennica, and Kaley. While Joseph and Jennica were working Joyce was well taken care of by Kaley.  Kaley loved to spend time with Grandma.  Kaley remembers dying Grandma’s hair pink.  Kaley provided grandma with all of her needs and loved dancing with Grandma.

Joyce had many medical problems through her later years.  She was well cared for by Joseph, Jennica, and Kaley.

In late October 2021, Joyce had a fall that sent her to the hospital.  She was there a few days and returned home. On November 18th, 2021 Joyce again fell and was taken to the hospital in Payson.  Joyce was placed on a ventilator on November 25.

On December 1st, 2021 Joyce passed away at the Mountain View Hospital in Payson, Utah.  Joyce was attended to by her daughter and Son; Rebecca and Joseph, as well as Joseph’s wife Jennica.

To order memorial trees or send flowers to the family in memory of Joyce Rogers, please visit our flower store.