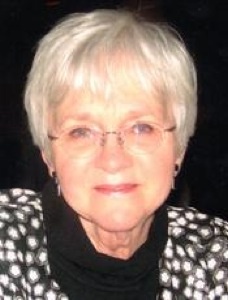 Our beloved mother, Judith Diane Brim Jensen, passed away peacefully July 5, 2011 surrounded by her family after a long brave battle with cancer.

She was born August 16, 1937 in Salt Lake City, Utah to Ira Carlyle and Anna Willadean Drown Brim. She graduated from Granite High School in 1955 where she enjoyed singing in the a'cappella choir and being a part of school plays. She married Robert S. Jensen (deceased) in 1958. She was an avid golfer often participating in many tournaments. She was the first woman to hit a Hole in One at the Memorial Park Golf Course. She loved volunteering as a Pink Lady at the South Davis Community Hospital and also worked as a teacher's aid at Longview Elementary School while raising four young children. She later worked at the Olive Garden in Murray where she finally retired after 12 years.

She is survived by her four children, Pamela Spiers (Brent), Jeffrey Jensen (Lori), David Jensen (Daneen), and Shelley Wright (Daren). She is also survived by her brother Gary Brim (Georgia), and sisters Joyce Johnson (Barry) and Janene Hixson (Ryan). She also has 10 grandchildren and 1 great-grandson.

She was a devoted mother, grandmother, sister, aunt and friend who touched all who knew her. She will always be remembered for her selflessness, strength, positive attitude and sense of humor. She was an inspiration to us all and we were truly blessed to have her in our lives as long as we did. Funeral services will be Tuesday, July 12th at 11:00 am at the Little Cottonwood 12th Ward, 6180 So. Glen Oaks Street in Murray. A viewing will be held ath the church on Monday July 11th from 6 - 8 pm and Tuesday morning from 10:00 to 11:00 a.m. prior to services. Interment, Murray City Cemetery.

To order memorial trees or send flowers to the family in memory of Judith Jensen, please visit our flower store.