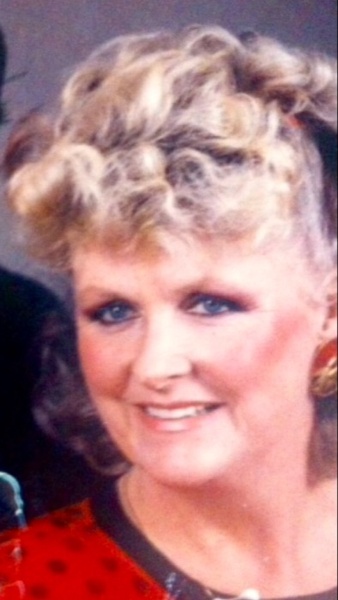 On the 20th of November, 1939, Judy Colleen was born to parents Robert Ross Walker Sr. and Florence (Flossie) Hatch Walker in Salt Lake City, Utah. She was the fourth child born of six. At the early age of 15, she chose to marry Michael Goddard Crawley, Sr. of West Covina, Calif. A year later their marriage was solemnized in the Los Angeles Temple. They had four children together. After their divorce, she and her four children moved to San Jose, Calif. where she met and married Billy Babb, with children of his own from previous marriages. In 1975, he moved the family to Orem, Utah where he passed away after 15 years of marriage. Judy was a great-step Mother even up to her last week here on Earth for step-son, Michael Babb and step-daughter, Babette Babb Adamski Nelson.

In 1981, Judy married not just a husband but her best friend, Kean Evans. They spent around 10 years living in the Hollister, Calif area and the rest of their life together in Provo, Utah. After 32 years of marriage, Kean passed away in Spanish Fork, Utah.

Judy spent her last year in Orem, Utah sharing a place with her younger brother Jim.

Judy was a very beautiful lady and always tried to look pretty regardless her age or how she felt. She was a woman with many talents that came to her naturally, such as playing the piano by ear and including church songs as we sang along surrounding her at piano. She loved to sing in harmony with her sister Molly in their 20's and 30's. If anyone who knew Judy and could describe the kind of woman she was, they would say... she was a very loving, patient, kind, thoughtful, and respected lady. Judy had a very large heart for people she met. She genuinely cared about everyone that she met, she never judged anyone and was a friend to all. She was a full time mother that made sure to be home with baked cookies or homemade chili on those cooler days when we walked through the door after school! Mother was such a beautiful lady even at her worse. Everyday before dad got home from work, she'd make sure to have her makeup touched up and dinner started before he walked in the door, and waiting on the coffee table were hors'doervres, or chips and dip. She enjoyed making sure her husband knew how special he was. Judy said if ever wanted the chance to do any job besides being a mother, she’d want to be a youth counselor... she was very loved and respected by each of her children's friends. Judy had two wishes she's spoke of often, one was to visit Graceland in Nashville, (she was grateful for the chance to see Elvis, Live in Concert), the other was to someday visit the Orient, likely Tokyo. She always had our Front room decorated with an Oriental flair.

Judy did many family outings, including vacations, trips, including taking a month to travel the United States with Billy. They enjoyed fishing almost every weekend in their trailer and boat to different reservoirs around Utah. They enjoyed going to Hawaii and Mexico.

She is preceded in death by her parents and two brothers-in-law, Lawrence Ray Francom, Tony Lara, and a grandson, RJ Hight.

The Family would like to thank Maple Creek Home Health Hospice Care for their loving care and compassion. A special thank you to Carma, for treating our sweet Mother with respect and kindness. Judy loved and appreciated her friendship Carma taht she had developed these last few years. Judy knows how much Ashley, Charity and Chris loved her, just as much as she loved them, for all their hard work they did to make sure she was taken care of. You all have been angels sent from heaven to help take care of our dear Judy!

The family would like to express their deep appreciation to Mark and staff who helped bring this all together from the Brown Family Mortuary, Santaquin, Utah.

To order memorial trees or send flowers to the family in memory of Judy Babb Evans, please visit our flower store.