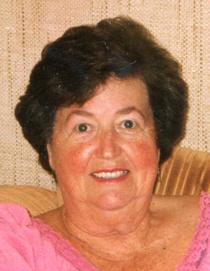 Karen was raised on a farm in Rupert, Idaho until her family moved to Santa Barbara, California. She loved life in California, especially time spent in the ocean.

Karen and the love of her life, Frederick (Eric) Maxwell Reid, married March 7, 1948 and lived happily together until his passing on January 18, 1975. They had four active sons and enjoyed years of fishing vacations and camping on the beach together as a family.

In 1981, Karen married William (Jan) Joseph Jansen and they spent the remainder of their lives together until his passing August 17, 2014. Karen and Jan traveled extensively and gathered incredible memories of the world.

Karen was a member of The Church of Jesus Christ of Latter-day Saints. She served faithfully in many callings and cherished her associations with other members of the Church. She was a friend to everyone and had many friends in other countries she had traveled to.

The family would like to extend a special thank you to Dale and Agnes Goodmanson, Karen and Jan’s neighbors of many years, who provided meals and support and enabled them to stay in their home until Jan’s death.

Interment will be in the Santa Barbara, California Cemetery with a graveside service Friday, March 7, 2014 at 11:00 a.m.

To order memorial trees or send flowers to the family in memory of Karen Jansen, please visit our flower store.