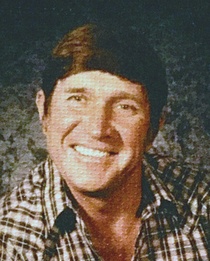 Kay traveled all around working for Centennial Development Company in various mines from 1956-1961.  He then worked for Kennecott in the Tintic Mining District for 30 years.  He was the general mine foreman of the Trixie mine for many years.  He retired at a young age and spent many years enjoying his love of golf with good friends.  He especially looked forward to his weekly Tuesday golf trips with his friends.

He was married to his high school sweetheart, Deanna Wall Sorensen, for over 60 years.  They were married on November 10, 1956. He had one son, Michael Kay Sorensen, on September 30, 1962.  He had two grandsons, Kamryn and Kaysen Sorensen, who were both the light of his life.  He spent many hours sharing his hobbies with them and teaching them to love all of the things he loved.

Kay was a life member of the Benevolent and Protective Order of Elks Tintic Lodge 711 for 59 years.  He served in each chair becoming exhaled ruler in 1974.  In 1968 his love for motorcycles led him and other friends to form the Firebird’s Motorcycle Club where he was a founder and charter member.  He spent many hours developing the by laws and incorporating it as a non-profit organization.  He became the first president and served for two years.  He continued to be active in Firebird’s throughout his life.

He loved hunting, camping, golf, and especially spending time with family and friends.  He had a gift for instantly making friends with any new person he met.   All who knew him loved him.  He loved living in Eureka and referred to it as God’s country.  He spent hours sitting on his front porch looking forward to someone stopping by to shoot the breeze. One of his favorite things to do was recite poems around the campfire. His poems, songs, and stories will live on in the hearts of all who knew him.

He is survived by his wife, Deanna Wall Sorensen; son, Michael (Amy) Sorensen; grandsons, Kamryn and Kaysen Sorensen all of Eureka.  Also a sister, Paulette (Myron) Carpenter of Eureka.  He was preceded in death by his dad and mom, Mooney and Ada Sorensen; stepdad, Hyrum Schmidt; brothers, Dick Sorensen and Ron Gilson; brother-in-law and sister, Elmont and Donna Lemmon.

We love you pal and we will miss you.

Funeral services will be held at 11:00 a.m. Tuesday, May 30, 2017 at the Eureka Elk’s Lodge.  Friends and family may call Monday evening from 6-8 p.m. at the Eureka Elk’s lodge and one hour prior to the services.  Interment will be in the Santaquin City Cemetery.
To order memorial trees or send flowers to the family in memory of Kay Sorensen, please visit our flower store.