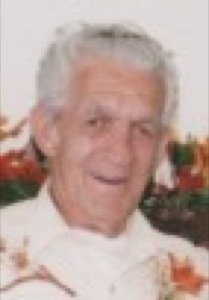 Dad took his final trip on Friday, March 12th. He had it planned for a while and would have gone sooner if he could have. He loved to travel, especially with mom and that is where he is now, traveling to new places with her, as it should be.

Dad was born April 1, 1929 to Wilford and Ellen Crowther Coombs in Fountain Green, Utah. He was the youngest boy in a family of 10 kids. He grew up working hard on the family farm, learning about animals, agriculture and mechanics. He loved horses and was herding sheep when he was just 13, staying alone in the mountains for weeks at a time. He joined the army in August 1948 and served in the Korean War for almost 4 years. He was a SFC in charge of the motor pool and tank division. He received his GED while serving his country.

He met Betty Mae Steele while on a leave and told her he was going to marry her. After being honorably discharged in June 1952, he returned home and did just that ! They were married September 19, 1952. Mom passed away in May of 2007. They had been planning to go through the temple and so with help, they were sealed in the Manti Temple July 25, 2007. He leaves behind his 4 children, Steele, Cheryl, Mitch and Clayton, 10 grandchildren and 2 great grandchildren as well as his sister Bessie and MANY nieces, nephews and extended family.

Dad worked hard all his life. His word and a hand shake were better than most people's signature. If he said it, he did it and did it well. He instilled honesty, hard work, responsibility, volunteerism, patriotism and honor in his family. If someone needed help, you helped them anyway you could, because it was the right thing to do. He taught us that we could do anything we set our minds to if we worked hard and wanted it bad enough.

Dad was a boilermaker, miner, construction worker, big equipment operator, mechanic and mud racer. He was a union member of the Boilermakers 182 and a member of the Operating Engineers. He was a member of the Hometown Mud Racers Association and raced his 1950 Ford truck until he was in his 70's. He worked in many states in the west building roads and power plants. He would live in his trailer all week and then pull it home to take his family camping on the weekend.

Dad love to camp and sit by the fire. He made the best sourdough anything. His sense of humor was legendary as was his teasing and tormenting. He was always happy. His hospitality knew no bounds. You came to his house, you were family. He found fun in everything, from chasing antelope on a dirt road in the Lincoln Town car to hunting pheasants in a blizzard. From cooking deer hunters stew in the rain to hauling about 150 kids in the back of his truck on the deer hunt. He was the life of the party and everyone loved him. EVERYONE. He is our HERO.

We would like to thank the staff of Latter Days Assisted Living Center in Santaquin for the kind and loving care given to dad these last few years, Alpine hospice for their support, especially Jason, and our Dad, for hanging on to be with us as long as he could.

Funeral services will be held on Thursday March 18th at 11:00 am at the Santaquin North Stake Center, 545 N 200 E. A viewing will be held at the church Wednesday, March 17th from 6:00 to 9:00 pm and Thursday from 9:30 to 10:45 am prior to the service. Burial, Santaquin Cemetery under the direction of Holladay-Brown Funeral Home, Santaquin.

To order memorial trees or send flowers to the family in memory of Ken Coombs, please visit our flower store.