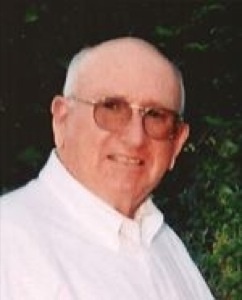 Roger Porter, 65, passed away at home Monday April 9, 2007 surrounded by his loving wife and family. He was born January 30, 1942 to Lester R. and Maurine Gonzalez Porter. He grew up in Joseph City, Arizona. He graduated from Brigham Young University and received his Masters degree in Education Administration. He served in the Spanish American mission for 2 A� years. He married Shirley Lamb August 21, 1964 in the Salt Lake Temple. He taught Seminary and Institute for 18 years in Sanders, Safford and Prescott, Arizona as well as Whittier, California. He worked for UVSC in Continuing Education for 15 years and retired in 2004, due to declining health. He loved the Lord and valued his membership in the Church of Jesus Christ of Latter Day Saints. He was an active member serving in many callings. He had a beautiful, tenor voice. He is survived by his wife Shirley; children, Allison Cochran of Provo, Scott and Jennifer of Sandy, Matthew of Orem, son-in-law Todd Christopherson of Spanish Fork; four grandchildren, Kaisional and Mick-Bonscott Christopherson, Nicholas and Morgan Porter, father Lester R. Porter, sisters Marva (Gene) Rawlings, Minnie Jane (John) Leyland, and Diann Porter. Preceded in death by his mother Maurine Gonzalez Porter. Funeral services will be Wednesday, April 11th at 12:00 noon at the Santaquin 12th Ward, 90 South 200 East. Friends and family may call at the Holladay-Brown Funeral Home Tuesday 6 to 8 p.m. and Wednesday at the church from 10:45 to 11:45 a.m. prior to services. Interment, Santaquin City Cemetery. A special thanks to Julie and Good Shepherd Hospice for their tender care.

To order memorial trees or send flowers to the family in memory of L. Porter, please visit our flower store.