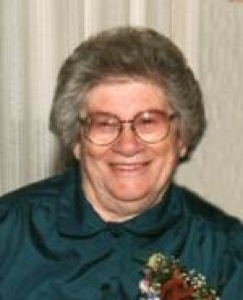 Our loving mother LaDona Geneva Markham Isaacson was called to heaven on August 11, 2010.

LaDona was born on November 11, 1935 to Henry Roger Markham and Grace Afton Losee Markham in Spanish Fork, Utah. She was raised in Leland Utah and was the first of four children, Majel Hood, Arleen Markham Peterson, and Thane L. Markham until she met her sweet heart John Terrell Isaacson. They met in Santaquin, UT and were married on April 18, 1952.

LaDona was a member of the Church of Jesus Christ of Latter Day Saints and was solemnized to John Terrell Isaacson in the Manti Temple.

LaDona's personal interest was to paint, crochet and play her organ. She also loved to cook and go camping with her family.

LaDona enjoyed working in various rest homes as a cook and nurses aid for several years, and also as a home maker. She especially loved to cook for her family.

She was preceded in death by 1 sister, her husband of fifty eight (58) years and three (3) grandchildren.

To order memorial trees or send flowers to the family in memory of LaDona Isaacson, please visit our flower store.