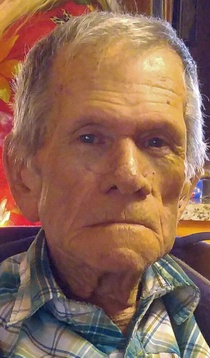 LaMar B. Openshaw, 79, peacefully passed away October 25, 2016 in his home surrounded by his four children and other loved ones. LaMar was born December 29, 1936 in Santaquin, Utah to Bernell and Melva Jarrett Openshaw.

LaMar enjoyed his childhood in Santaquin where much time was spent farming goods for Dole cannery.  He joined the US Army in 1957 and served until 1959.

On July 3, 1959 LaMar married Connie Rae Jacobson.  Together they made their home in Santaquin where they raised their four children.  LaMar worked for UDOT for 30 years. During his career he took great pride in clearing the roadways of snow and making sure the roads were safe to drive on.  After retirement he continued operating heavy machinery for Kester Cal Cite Mine and Greenhalgh Construction.

LaMar had a great desire to help the citizens of Santaquin serving in numerous volunteer capacities including two terms as a city councilman.  His greatest passion was caring for his family and those around him.

He is survived by his four children, Paula (Michael) Price, Tony (Cindy) Openshaw, Marla Openshaw and Emery (Gayle) Openshaw.  He has 13 grandchildren and 15 great grandchildren.  He is also survived by his siblings, Sharon Simmons, Rodger Openshaw and Janet Harris along with many nieces and nephews that he cared deeply for.  He is preceded in death by his parents, his wife and a great granddaughter.

Funeral services will be held Friday, Oct. 28th at 2:00 pm at the Brown Family Mortuary, 66 South 300 East, Santaquin, where friends may call one hour prior to services.  Interment, Santaquin City Cemetery.

To order memorial trees or send flowers to the family in memory of LaMar Openshaw, please visit our flower store.