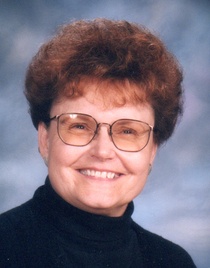 Lana was born in Payson, Utah October 10, 1942 to Wayne “Lucky” and Lora “Peg” Pickering.  She was raised in Payson with three brothers and sisters.

She met Lyle R Van Ausdal in 1959 and they were married March 11, 1960 in Payson.  Lyle and Lana made their home in Santaquin where they raised three children.  The most important thing in Lana’s life was her family, including aunts, uncles, cousins, nieces, nephews and in-laws.  While many people sought after riches, Lana knew the greatest wealth she had was the family that surrounded her.  She loved them all dearly.

Lana had a sense of humor that was infectious and drew people to her.  She was a master at pranks and her hubby was the brunt of most of those pranks which made for some fun memories.  The grandkids loved spending time with crazy grandma Lana because she knew how to have fun.  It was difficult at times to know who the adult was and who the kids were when they were together.

Lana loved being outside puttering around her yard, fishing, camping, rock hunting, taking ATV rides, crafts of every kind, drawing, writing, and sewing to name a few.  As a young girl she had a passion for dancing.  She was proud of the fact she had the opportunity to dance on a local television show.  She was creative and had an eye for detail.  There was nothing she set out to do that she did not accomplish.

Lana served in many callings in the LDS church all of which brought her joy and the ability to use her talents to serve others.  She was also active in her community, drawing posters and advertisements for city events.

She is preceded in death by her parents and two brothers.  Lana is survived by her husband, Lyle, children, Kim V.  (Clayton) Palmer of Blanding, Jeffrey R (Kearsten) Van Ausdal, and Kellie (Gary) Pratt, both of Santaquin; 7 grandchildren and 4 great grandchildren; and her poodle TroublZ.  Also, her siblings, Carolee, Pat, Lola and Nick.

A viewing will be held Sunday, Dec. 14th from 6 to 8 pm at the Brown Family Mortuary, 66 South 300 East, Santaquin and again on Monday, Dec. 15th from 10 to 11 am.  Graveside services will follow in the Santaquin Cemetery.

The family wishes to express appreciation to the staff at Latter Day Assisted Living, hospice nurse, Paige Steele, and physical therapist, Clark Thatcher, for the excellent care they provided our mother over the past six months.

To order memorial trees or send flowers to the family in memory of Lana Van Ausdal, please visit our flower store.