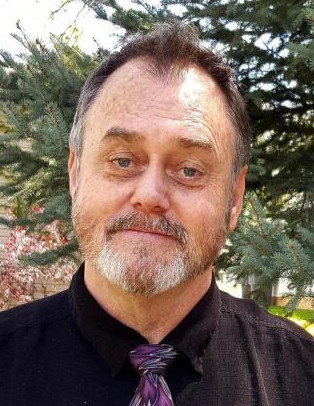 Lance Beyler Anderson passed away quietly in South Jordan, Utah on Sunday, June 5, 2022.  He was born in Logan, Utah on December 17, 1958, to Lawrence Rexie Anderson and Edith Beyler Anderson and was the youngest of their six children.   He attended Wilson Elementary, Logan Jr. High, Logan High, and Utah State University. While attending Logan High, he played on the football team, which he enjoyed.  During his senior year of high school, his father suddenly and sadly passed away.

Lance fulfilled a full-time mission for the Church of Jesus Christ of Latter-Day Saints in Hong Kong, a place he learned to cherish.  He developed a deep love and connection to the Chinese people, which led him to create a Chinese Sunday School at USU.

Lance’s greatest pride and joy in life was his daughter, Rexie Sabre Anderson and son, Ashton Moyle Branan.  He absolutely loved being a father.  He was so proud of his children for serving missions and living such good lives.  He was a wonderful and fun uncle to his numerous nieces and nephews and will be missed by all.

Lance loved the mountains and all of the natural world, along with outdoor sports.  He particularly enjoyed playing volleyball at his sister Colette’s home with her children, and he relished biking whenever he could.

One of the greatest qualities Lance emulated was an abundance of kindness.  Simply put, he was always a kind man.  He will be greatly missed by all who knew and loved him, and we cherish the thought of the sweet reunion he now enjoys with his mother and father.

Lance is survived by his daughter, Rexie Sabre Anderson and his son, Ashton Moyle Branan, his brother, Craig & Bonnie Anderson and his four sisters:  Sheriee & Vern Staub, Darcel Baber, Teri & Craig Karren, and Colette and Jerry Dalebout, along with many nieces and nephews.

A graveside service will be held to honor Lance on Saturday, June 11 at 1:00 p.m. in the northwest corner of the Logan Cemetery, Logan, Utah, where he will be laid to rest by the graves of his parents.

To order memorial trees or send flowers to the family in memory of Lance Anderson, please visit our flower store.