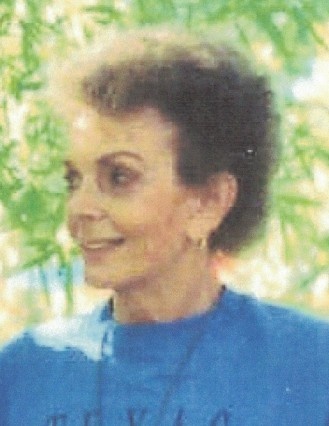 Her growing up years were principally spent in Santaquin, Utah, where she was educated in elementary and junior high schools, graduating from Payson, Utah high school, then  went on to BYU, attending on a musical scholarship.  Along with being very musically talented, especially on the trumpet, she also excelled in many ways including helping on her father’s farm, caring for animals and working with horses.

After graduating from BYU, she served a mission for The Church of Jesus Christ of Latter-day Saints in the Spanish American mission, becoming fluent in the Spanish Language, and increasing her love for the Southwest area of her country. When she returned home, she taught school close by for a year later moving to New Mexico where she taught first grade helping Spanish speaking students with learning in English.  She also continued using her talents in the community.  When the New Mexico schools began to insist that only English be used in the schools, she was disappointed.  It was at that time than she decided to be a professional musician, and chose to play with a combo based in Texas.  Along with performing she again taught school in Fort Worth, Texas where they welcomed her ability to help Spanish speaking first grade children.

The combo she joined was led by Mari Leito.  They purchased a home in Fort Worth and Lavina lived there until the time of her death, performing on flute, trumpet, guitar and singing even well into her 80s.  In fact, both she and Mari continued to perform and make records long after other fellow musicians retired.

Though she lived far from Santaquin she often spent time frequently with her parents and helping them where needed.  After the death of her father, she even spent more time with her mother especially being certain all was well.

Her suitors were many but she remained single, caring for others who were in need of a friend and helper.  Many children had a better start in education because she chose to teach and lives were also made brighter as she shared her talents.  Another gift of service was carrying for ill-treated animals. She worked patiently with them and loved them.  Two of those sweet dogs shared her love and were near her during her last days on earth.

Lavina’s parents and siblings Jo Marie Bray, Clara Goudy, and June Hubner welcomed her in Heaven.   Carolyn Shelley, Cane Beds, Utah; Andrew A. Borgeson, Jr. Mona, Utah; and Nellie Morgan, Santaquin, Utah; plus her good friend Mari Leito in Fort Worth Texas will miss her for a time but know that Families are Forever.

Graveside services will be held Wednesday October 30, 2019 at 11:30 A.M. at the Santaquin City Cemetery.

To order memorial trees or send flowers to the family in memory of Lavina Borgeson, please visit our flower store.