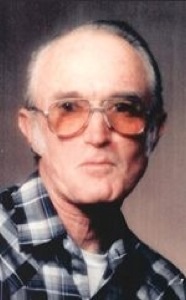 Leland John Kelley, 71, our beloved husband, father and grandfather returned to our Heavenly Father September 1, 2007 after a long battle with cancer. He was born November 12, 1935 in Stockton, Utah to Joseph and Clarabelle Kelley, the youngest of eight children. He married Janet Marlene Davis March 15, 1961 in Santaquin. He is survived by his loving wife, a brother, Keith Kelley of Tooele, his children, Gene Patrick (Janis) Kelley of Santaquin, Tony Ray (Cassie) Kelley of Mona, Jana Lee (Wade) Stadtman of Payson and six very special grandchildren, Elder Cliff Kelley (serving an LDS mission in Japan), Kirk, Cerenzia, Kenley, Tonisha and Jakoby. He was preceded in death by his parents, two brothers, and four sisiters. Leland was an electrician employed by Geneva Steel. He later ran a home-based business for several years. At the time of his death he was employed at Tischner Ford. He was a proud member of the U.S. Naval Forces where he was able to travel to many different places and touch the hearts of many different people. He was a graduate of Payson High School. Later in life he found his passion restoring cars and attending as well as organizing car shows. There he met many very special friends and we would like to thank all of you from the bottom of our hearts! Funeral services will be held Wednesday, September 5th at 11:00 a.m. in the Santaquin North Stake Center, 545 North 200 East. Friends may call at the Holladay-Brown Funeral Home, 66 South 300 East, Santaquin, Tuesday from 6 to 8 p.m. and Wednesday at the church from 9:45 to 10:45 a.m. prior to services. After the services we will be taking Leland on his last Rod Run from the church to the Santaquin Cemetery at 300 South 100 East. Please come and join us.

To order memorial trees or send flowers to the family in memory of Leland Kelley, please visit our flower store.