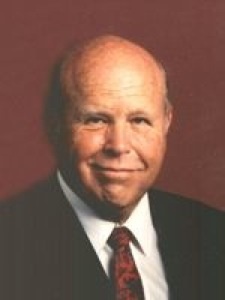 Leonard Walker Beckman, 79, born October 11, 1926 passed away Tuesday, April 18, 2006. He served in the U.S. Navy during WWII on a submarine and later served an LDS mission in Sweden. He was an avid outdoorsman, enjoying hunting, camping and fishing. He loved being active and was a very creative thinker, loving to learn and try new things.
He is survived by his wife, June Adamson Beckman, of Santaquin; 4 sons, Greg, Rick, Andrew & Lance Beckman; 5 step-children, Randall (Karla) Wolf, Ronda (Michael) Currie, Richard Wolf, Oralie (Jackson) Smith, Karalie (Tim) Minor; 32 grandchildren, one great grandchild; and a sister, Melba (Jack) Carter. He was preceded in death by his parents, Leonard V. and Ivy Walker Beckman.
Funeral services will be Saturday, April 22nd at 1:00 p.m. in the Santaquin LDS Chapel at 260 South 580 East (on east bench of Santaquin). A viewing for family and friends will be held there from 10:30 to 12:30 prior to services. Interment will take place at the Spanish Fork Cemetery under the direction of Holladay-Brown Funeral Home, Santaquin. Military rites performed by the American Legion District IV Honor Guard.
To order memorial trees or send flowers to the family in memory of Leonard Beckman, please visit our flower store.