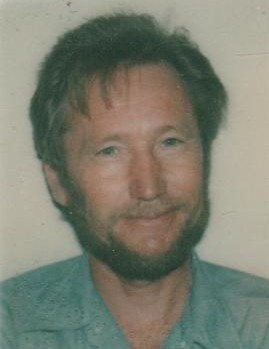 Leonard Avery Cleveland Jr. was born to Leonard Cleveland Sr. and Grace Crumb Cleveland in Conesville, New York. Like his father before him, he was born into a life of servitude to the Lord and family. He received a proper education through the 8th grade and then was sent to work to support his family.

Leonard joined the Army and served in Germany honorably. He returned home to New York after his service and went into plumbing business with his brother Leroy. Soon after he met the love of his life, Gloria Jean Albright, on his birthday in 1961 "The best Birthday present ever". They were married soon after and spent the next 52 years together until Gloria's passing in 2013.

Dad grew up hunting and fishing and loved the outdoors. Over the years, Leonard would participate in the building of the hospital in St. George and in the Castle Dale and Huntington Utah power plants. Leonard was a devoted husband and father that spent most of his life caring for his family and helping others in need without expecting anything in return. He was a very talented artist and was able to see the beauty in many a scrap of wood and turn it into a masterpiece in his shop where he spent most of his time after he retired from the plumber pipefitters union. In 1965, in Philadelphia, Leonard and Gloria were baptized into the Church of Jesus Christ of Latter-day Saints and taught by Elder Ronald Weaver who is and always will be a close member of the family.

He is preceded in death by his parents, his wife Gloria, his sister Evelena Michaels, and his brothers Eugene, Leroy, and Richard. He is survived by his seven sons Robert, James, Richard, William, David, Eric, and Kelly; seventeen grandchildren and twelve great-grandchildren; a brother Dennis of Leander, Texas.

A special thank you to Lynn and Bonnie for providing such great care and love to our Father.

To order memorial trees or send flowers to the family in memory of Leonard Cleveland Jr., please visit our flower store.