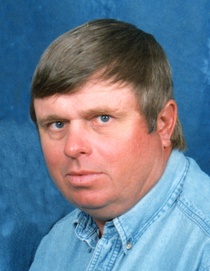 Leslie Rheem Eastwood, age 62 of Goshen, passed away November 25, 2014 in Provo.  He was born August 7, 1952 in Payson to William Beryl and Thelda LaRae Carlson Eastwood.  He was raised in Eureka and graduated from Tintic High School.  He married Debra Jean Horton September 1, 1972 in Goshen.

Les worked as a Hard Rock Miner for 25 years.  He also worked construction, as a farmer and ended his career as a mechanic.  He could fix anything.  He enjoyed camping, fishing and hunting and spending time with his family at Fish Lake and the West Desert.  He was a rock hound and enjoyed prospecting and treasure hunting.  Most of all he loved his grandkids who were the light of his life.

He is survived by his wife, Debra, of Goshen; children, Bill (Kristy) Eastwood, Clint (Jessica) Eastwood, Melanie (Jon) Colbert; 9 grandchildren; a sister, Carrie Eastwood; and his mother-in-law, Barbara Horton.  He was preceded in death by his parents and his father-in-law, Max Horton.

There will be a viewing at the Brown Family Mortuary, 66 South 300 East, Santaquin, on Friday from 6 to 8 pm and on Saturday at the Goshen LDS church from 10 to 10:45 am.  Graveside services will follow at the Goshen Cemetery at 11:00 am.
To order memorial trees or send flowers to the family in memory of Leslie Eastwood, please visit our flower store.