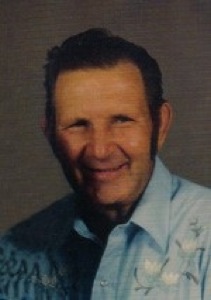 Junior was a 63 year member of the Operating Engineers Local 3. He worked for WW Clyde, JM Sumsion & Sons and Utah Construction. He served in WWII and was a member of the VFW.

He loved gardening, farming and leading his grandchildren through the "garden of eatin". He tended his orchards and gardens with pride and expertise. He was passionate about being independent and self-sustaining. He loved nature and taught his posterity to appreciate and love the gifts of his labors. Dad shared his harvest with many and proudly claimed to grow the best in the rich soil of Santaquin. He loved Santaquin Canyon and his love for the mountains, hunting and fishing was shared with others often. His greatest love was his family and we will deeply miss him.

Funeral services will be held Tuesday, February 9th at 1:00 pm at the Santaquin North Stake Center, 545 South 200 East. Friends may call at the Holladay-Brown Funeral Home, 66 South 300 East, Santaquin Monday, February 8th from 6 to 8 pm and Tuesday at the church from 11:30 to 12:45 pm. Burial, Santaquin City Cemetery with military rites by Santaquin American Legion Post 84.

To order memorial trees or send flowers to the family in memory of Lionel Wall, please visit our flower store.