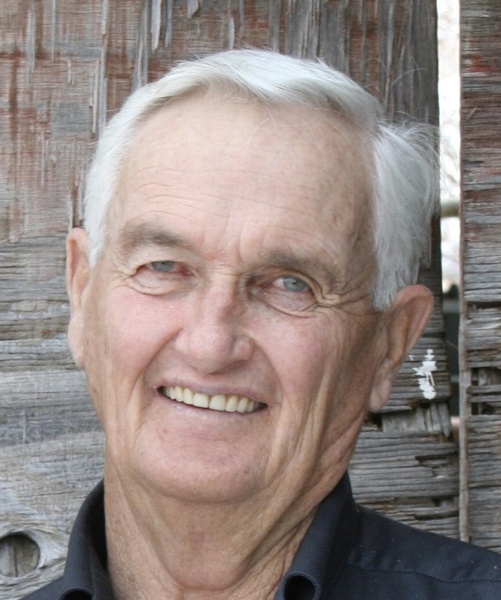 
Lyle Ray Van Ausdal was reunited with his sweet heart on October 2, 2017 after a short and valiant battle with cancer.

Lyle was born on October 26, 1938 to Robert Allen “Bert” and Norma Van Ausdal in Santaquin Utah. He was raised in Santaquin with 3 brothers and 4 sisters.

He met Lana Rae Pickering, his sweet heart in 1959 and they married on March 11, 1960 in Payson. Lyle and Lana lived and raised their three children in Santaquin. Lyle attended school in Santaquin and Payson. He was employed as a pipefitter, plumber, welder for 37 years. He was a member of locals 466, 57 and 140.

Lyle and his family enjoyed many camping trips over the years to the mountains and lakes throughout Utah. He also enjoyed hunting with his son, son in laws, brothers and nephews. It was always about family in his opinion. He spent many years as a member of the White Pine Riding Club.

Lyle loved his kids, but he adored his grandchildren and great-grandchildren enjoying all the details of their lives. When diagnosed with cancer he had two great-granddaughters on the way and he often stated that he hoped to make it to their births. Both babies were born two weeks prior to his passing.

If asked to describe Lyle in one word his friends and family would agree that word would be TEASE.

Lyle was preceded in death by this wife, parents, three brothers and a twin sister.  He is survived by his children Kim V (Clayton) Palmer of Blanding, Utah, Jeff (Kearsten) Van Ausdal and Kellie (Gary) Pratt, both of Santaquin, Utah, 7 grandchildren, 8 great-grandchildren and his poodle Troublz. He is also survived by one brother and four sisters.

The family wants to express their sincere appreciation to the doctors and nurses at Mountain View Hospital ICU, the Santaquin Ambulance, Susan Farnsworth and hospice nurse Paige Steele for their tender care of our father and grandfather.

To order memorial trees or send flowers to the family in memory of Lyle Van Ausdal, please visit our flower store.