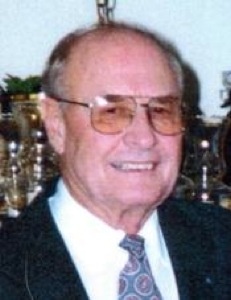 Lynn Jesse Brady, 82 of Omak, Washington and long-time resident of Eureka, Utah passed away January 5, 2012. He was born April 6, 1929 in Eureka to James and LaDora Mendenhall Brady.

Lynn was raised in Eureka and graduated from Tintic High School. After graduation, he worked at the Lime Quarry for a short period of time and subsequently worked for the Utah Dept. of Transportation until his retirement.

Lynn was Past Grand Master of the Grand Lodge F&AM of Utah, a member of El Kalah Shriners and the Scottish Rite of Freemasonary.

He enjoyed playing golf, working with wood, fishing and camping with family. He especially enjoyed his 4 grandchildren and 6 great grandchildren.

Graveside services and interment will be Thursday, Jan. 12th at 11:00 am at the Eureka, Utah City Cemetery under the direction of Brown Family Mortuary, Santaquin.

To order memorial trees or send flowers to the family in memory of Lynn Brady, please visit our flower store.