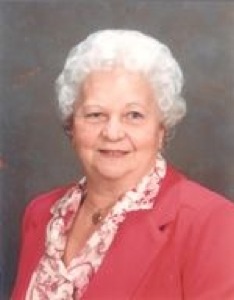 Mabel Maurine Johnson Weierman, age 92, passed away peacefully February 5, 2008 in Levan, Utah. She was born May 16, 1915 in Santaquin, Utah to Nils Elias and Geneva Albertina Greenhalgh Johnson. She married Donald (Jake) Weierman August 6, 1934 in Nephi, Utah and they were the parents of five children. Jake died January 26, 2001. Mabel had a great sense of humor and touched many lives wherever she lived. She was a devoted wife, mother, grandmother and great grandmother. Her home and family were her top priority. No matter where she lived or under what circumstances she always made her house a home. She is survived by her children, Judy (Glen) Holyoak, Moab, Luana (Mike) Juenger, Mesquite, Dave (Sue) Weierman, Taylorsville; 13 grandchildren and numerous great and great great grandchildren; two brothers, Don Johnson, Salt Lake, and Ross Johnson, Magna. She was preceded in death by her husband, parents, two sons, Charlie and Gary, three brothers, Dexter, Todd and Mark, and a sister, Utah A Celebration of Her Life will be held Saturday, February 9th at 11:00 a.m. in the Santaquin 5th Ward, 90 South 200 East. Friends may call at the Holladay-Brown Funeral Home, 66 South 300 East, Santaquin, Friday 6 to 8 p.m. and Saturday at the church one hour prior to services. Burial will be in the Santaquin City Cemetery.

To order memorial trees or send flowers to the family in memory of Mabel Weierman, please visit our flower store.