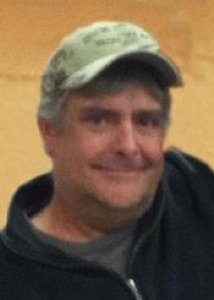 Mark Timothy Echevarrieta, 47, passed away unexpectedly March 4, 2013. He was born February 23, 1966 in Truckee, CA to Ricardo and Dianne Kirk Echevarrieta. The family returned to Utah when Mark was 12. Mark graduated from Payson High and attended one year of college. He was a skilled craftsman and enjoyed working with his hands and imagination. Mark loved sports, skiing, camping and spending time with his family.

He is survived by his children, Nick, Trever, Cassie, Carly and Austin; two grandchildren; his mother, a brother, Bret, and a sister, Leisa. He was preceded in death by his father and older brother, Robby.

A viewing will be held Saturday, March 9th from 12:30 to 1:30 pm at the Goshen LDS Church, 75 South Center, followed by graveside services in the Goshen Cemetery. A luncheon will be provided after the services at the Goshen Senior Center.

We will miss Mark and the special way he touched our lives.

To order memorial trees or send flowers to the family in memory of Mark Echevarrieta, please visit our flower store.