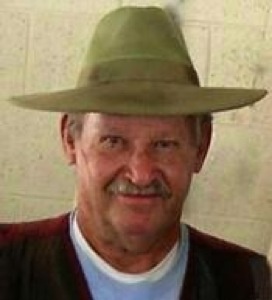 Marlin Neal McDaniel, 70, passed away February 17, 2013 at his home in Elberta after a brief battle with pancreatic cancer. He was born May 26, 1942 in Animas City, Colorado to Frank J and Betty Jean Adin McDaniel. He married Kathryn Ann Caine October 28, 1967 and they were sealed in the Logan LDS Temple December 12, 1968.

Marlin was an active member of the LDS church. He was a lifetime member of the ATA. He was a mechanic, orchardman, miner, brick mason, auto body repairman, software engineer, gardener, genealogist, and all around Jack of all trades. He enjoyed working on cars and kept a plethora of them around in case he needed a part. He taught his children how to work. He was a man of integrity and honesty who truly loved his family. He loved 60's music, talk radio, was accepting of all races, and adored his "Special Angle". He was an accomplished, award winning, trap shooter. He loved all of his wonderful, amazing, beautiful grandchildren.

Funeral services will be held Friday, Feb. 22nd at 12:00 noon at the Elberta LDS Church, 12800 W 15300 So. where family will greet friends one hour prior to services. Interment, Genola Cemetery under the direction of Brown Family Mortuary, Santaquin.

To order memorial trees or send flowers to the family in memory of Marlin McDaniel, please visit our flower store.