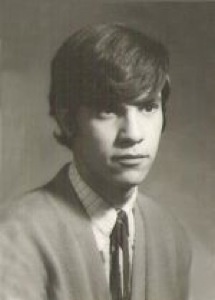 Marshall Frank Archuleta (Marcelino) died of natural causes this December, 2007. He was born to Jose and Aurelia Archuleta on June 23, 1950 in Provo, Utah and lived in Salt Lake City since the nineties. He served in the Navy during Vietnam . He loved playing the guitar together with family and friends as well as local bands. Marshall joins his parents and brothers, Joe and John. He is survived by his children, Brandon, Celena and Nicholas Andersen; sisters and brothers, Sarah Jepson, Victor (Debi), Albert, Rose (Mike) LaRivere, Michael and Susan (Rob) Smith; many loving nieces & nephews; and a close group of friends and extended family. Marshall's family extends heartfelt thanks to his friends at St. Mary's and the VA, and the Utah Veterans Memorial Park. Services will be held Wednesday, December 26th at 2:00 p.m. graveside in the Veterans Memorial Park, 17111 So. Camp Williams Road, Bluffdale, with military rites by VFW District IV Honor Guard. Funeral directors, Holladay-Brown Funeral Home, Santaquin.

To order memorial trees or send flowers to the family in memory of Marshall Archuleta, please visit our flower store.